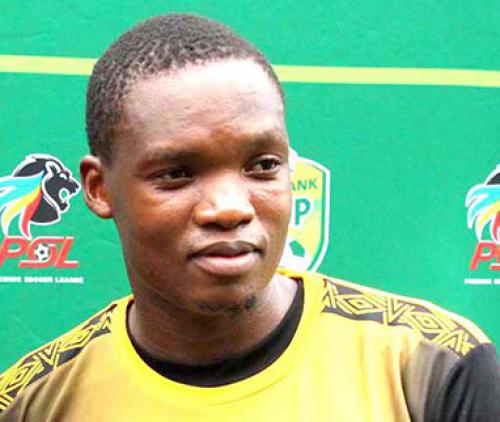 Mogakolodi Ngele not certain about his future

With only one match remaining before the current league programme for the Premier Soccer League season comes to an end, one of the players for Black Leopards, Mogakolodi Ngele, is still not certain about his future. The player’s agent, Mr Basia Michaels of QT Sports, revealed this during an interview with the Limpopo Mirror.

Michaels said that their discussion with the management of Lidoda duvha had been put on hold when they realised that the future of Black Leopards as an affiliate of the Absa Premiership division was hanging by a thread. He revealed that the two parties were ready to reopen the negotiations if the Thohoyandou side escaped the relegation axe.

The Botswana international has not featured for Leopards since the resumption of the league campaign last month. Asked about the player’s whereabouts, the club’s marketing and communications manager, Mr Tshifhiwa Thidiela, confirmed that the 25-year-old striker is part of the squad that is currently in the bio-bubble in Gauteng, though he has not been used.

“Ngele is part of the squad because he signed a short-term contract when his initial one expired on 30 June. We will reopen the negotiations about a long-term deal after our last game,” said Thidiela. Ngele joined Leopards at the beginning of the current season on a 12-month contract. He featured in 12 games for Leopards across all competitions.

Ngele played for Mamelodi Sundowns, Supersport United and the now-defunct Platinum Stars before relocating to Thohoyandou. Lidoda duvha are second from the bottom of the Absa Premiership table. They played against Bidvest Wits at the FNB Stadium on Wednesday evening. They will know their future after their final league match against Mamelodi Sundowns tomorrow (Saturday) afternoon.