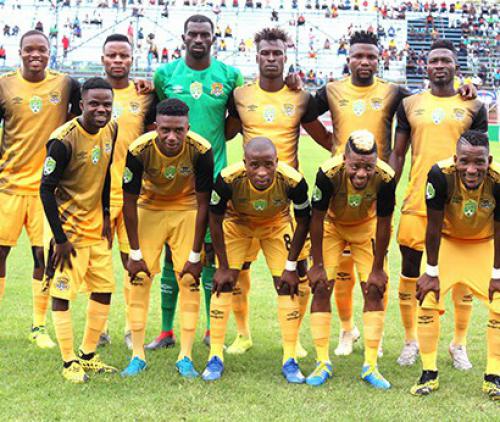 After losing 0-1 to Supersport United at the FNB Stadium in Johannesburg on Tuesday evening, Black Leopards are gearing up for their toughest battle ever. They will entertain Amazulu FC in their all-important Absa Premiership League encounter at the Lucas Moripe Stadium outside Pretoria tomorrow afternoon (Saturday).

Amazulu and Leopards are fighting for survival and tomorrow’s match is likely to determine the team that will escape the relegation axe at the end of the season. Amazulu, or Usuthu as they are widely known, are lying in the second last position on the log with 25 points from 27 outings. The Thohoyandou outfit are perched in the fourth position from the bottom of the log with the same number of points and matches.

Lidoda duvha will be without their number one goalkeeper, King Ndlovu, tomorrow. Ndlovu, who saved a penalty in their game against Supersport United on Tuesday, was taken off the field on a stretcher towards the end of the game. Jonas Mendes or Rotshidzwa Muleka is likely to guard the goal posts in the absence of Ndlovu.

Asked to comment about the match, the Leopards’ caretaker coach, Mr Morgan Shivambu, described the match as “the mother of all battles”. He revealed that they would go all out for victory, saying a draw would do them more harm than good. “Should the other relegation candidates, Polokwane City and Baroka FC, win their matches and we play to a draw or lose the match, we shall drop to the bottom of the log,” he said.

Mr Shivambu’s counterpart in the Amazulu camp, Mr Ayanda Dlamini, said that Supersport had done them a big favour by beating Leopards on Tuesday. He stressed the fact they would have had a mountain to climb in their three remaining matches if Lidoda duvha had won against Supersport United. Tomorrow’s game is scheduled to start at 15:30.