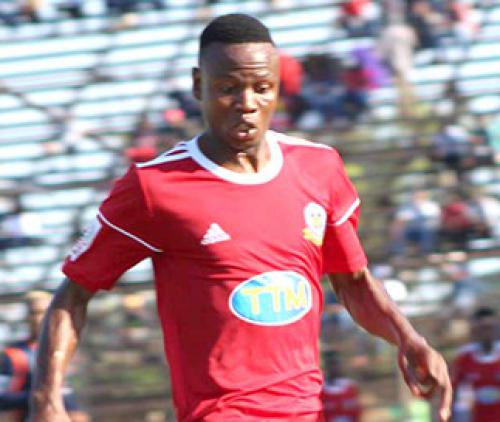 Tshakhuma Tsha Madzivhandila FC (TTM) might be in the race for the league championship, but they must redouble their efforts if they are serious about collecting the maximum points in their all-important GladAfrica Championship League match against TS Sporting at the Sturrock Park Stadium on Sunday afternoon.

Although they are fighting for survival, TS Sporting have an impressive record in their last three matches. They drew 2-2 with Richards Bay FC two weeks before playing to a goalless draw with the title chasers, Swallows FC. They rose to the occasion again and held JDR Stars to a goalless draw last Saturday. During an interview with TTM’s caretaker coach, Mr Lucky Nelukau, he said that they were not going to show Sporting any respect on Sunday because of the latter’s record in their last three matches.

He revealed that they, too, had an impressive record since the resumption of the league programme earlier this month. TTM collected the maximum points in the two league matches they played over the past week. They came back from a 0-1 deficit to beat Jomo Cosmos 2-1 in their opening match. They did it again when they beat the pace setters, Ajax Cape Town, 0-1 last Saturday.

The results for the match against Free State Stars that was played on Wednesday afternoon were not available at the time of our going to press. Tshepo “Tower” Makgoga, TTM’s right back, will be available for selection on Sunday. Makgoga missed the last two matches after seeing red in their game against JDR Stars at the Soshanguve Giant Stadium on Sunday, 15 March. Should he be given the chance on Sunday, Makgoga is expected to form a good combination with Ernot Dzaga, Carlington Nyadombo, Lebohang Mabotja and Samuel Mashele at the far back.