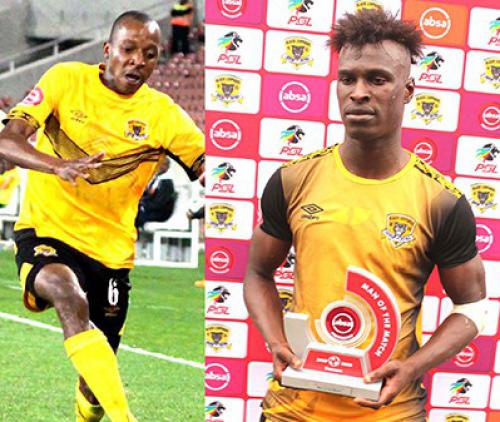 Lamontville Golden Arrows are gearing up for a tough game against Black Leopards. The teams will do battle in their Absa Premiership League fixture at the Emirates Airline Park Stadium in Johannesburg this afternoon (Friday) starting at 13:30.

According to the Arrows’ head coach, Mr Stephen Komphela, his side has some unfinished business with Black Leopards. He revealed that they would go all out with the aim of exacting sweet revenge for their 1-2 defeat in their first-round league match at the Thohoyandou Stadium about 10 months ago. Komphela revealed that he knew the spirits were high in the Leopards’ camp after they beat Maritzburg United 3-2 last Sunday.

He also stated that the fact that Lidoda Duvha were fighting for survival was reason enough for them to expect the toughest game ever. The Thohoyandou side are languishing at the bottom of the log with 23 points accumulated from 25 matches. On the other hand, Golden Arrows are perched in the ninth position on the log. They are tied with Cape Town City and Highlands Park on 33 points.

The combination of the Leopards’ defenders, Khuliso Mudau, Edwin Gyimah and Pentjie Zulu, is expected to give the Arrows’ strikers no room to do as they please. Shivambu summed up his comments by saying that they would approach all their remaining matches as cup-final fixtures.

Black Leopards will have three days to rest after today’s match. They will be in action again next Tuesday evening (25 August) when they host Supersport United at the FNB Stadium. In the other Absa Premiership League matches that will also be played today, Bidvest Wits will host Amazulu, while Maritzburg United will face Mamelodi Sundowns.