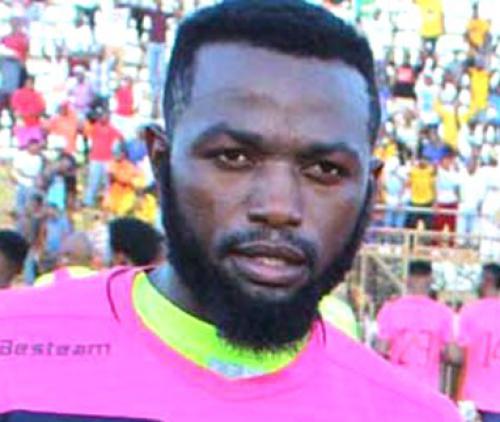 “We shall escape relegation” - Shivambu

Black Leopards will collect enough points to make them escape the relegation axe in their five remaining league matches if the words of the team’s caretaker coach, Mr Morgan Shivambu, are anything to go by. Shivambu, who took over as caretaker coach with Mongezi Bobe, following the departure of the team’s head coach, Mr Allan Clark, made these predictions shortly after his team beat Maritzburg United 3-2 at the FNB Stadium in Johannesburg last Sunday.

Lidoda Duvha were leading 2-0 at one stage in their game against Maritzburg United, through Mwape Musonda and Lifa Hlongwane’s goals, but the KZN side came back strongly and levelled matters before the end of the first half. Hlongwane scored Leopards’ winner later in the game. Asked what had gone wrong with his team after scoring two goals, the 37-year-old Shivambu revealed that his players had lost cohesion in the middle of the park after scoring the second goal.

He stated that he had told the players during the half-time break that they should refrain from being complacent and to increase their level of concentration in the last stanza. The former Moroka Swallows FC player indicated that his players had started to panic after conceding the second goal. The panic nearly cost them the game as they started to make silly mistakes within their own danger area.

Shivambu concluded by indicating that he was happy with the team’s general performance after the players’ idling for more than four solid months as a result of the nationwide lockdown. The Thohoyandou side are still rooted at the bottom of the log, despite collecting the maximum points against Maritzburg United. They are tied with Polokwane City on 23 points. Baroka and Amazulu are above them with 24 and 25 points, respectively.