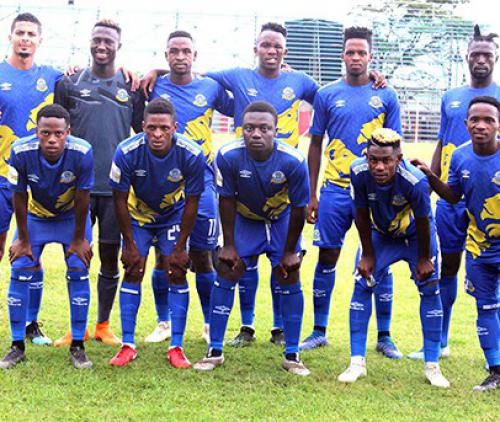 The road ahead for Vhadau Vha Damani

The caretaker coach of Tshakhuma Tsha Madzivhandila FC (TTM), Mr Lucky “King Mchichwa” Nelukau, is adamant that his side will gain promotion to the elite league at the end of the season, by hook or by crook. After playing against Free State Stars at the Sturrock Stadium on Wednesday afternoon, TTM are now left with three league matches to wrap up their league programme.

A quick glance at their three remaining fixtures shows that TTM have a mountain to climb. Vhadau Vha Damani, as they are also known, will face TS Sporting in their next fixture at the Sturrock Park Stadium on Sunday afternoon. TS Sporting are one of the teams fighting for survival. To prove that they are serious about moving out of the relegation zone, Sporting rose to the occasion and held the title chasers, JDR Stars, to a goalless draw last Saturday.

The Tshakhuma side will host Uthongathi FC next Wednesday, 26 August. The fact that Uthongathi are one of the close contenders for the league title is reason enough for TTM to expect the toughest game ever. TTM will conclude their league programme with an away match against Swallows FC at the Makhulong Stadium in Thembisa on Sunday, 30 August.

The match is expected to be a do-or-die battle for both sides as Swallows are lying in the second spot on the log. Asked how he viewed the team’s chances of promotion, Nelukau said that nothing would stop them from gaining promotion to the elite league. He revealed that he knew their three remaining fixtures would determine their future.

He further stated that the fact that they had beaten the log leaders, Ajax Cape Town, last Saturday was testimony to the fact that his team was ready to absorb any amount of pressure. Nelukau said that their aim was to win all their remaining fixtures to strengthen their chances to gain automatic promotion. “Should we fail to gain automatic promotion, we shall settle for the promotional playoffs,” he said.

The league champions will gain automatic promotion while the next two teams on the log, together with the Absa Premiership team that will finish in the 15th position, will take part in the relegation/promotional playoffs at the end of the season. TTM are currently lying in the second position on the log.