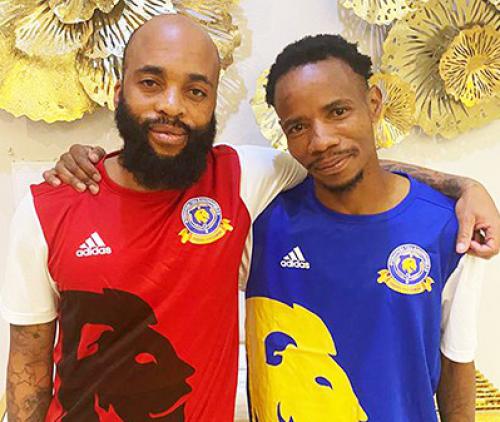 As a starting point to strengthen the team and to ensure that they retain the elite league franchise for many seasons to come, Tshakhuma Tsha Madzivhandila FC (TTM) acquired the services of the former Orlando Pirates midfielder, Oupa Manyisa (left) and the former Kaizer Chiefs star, Joseph  Malongoane.  According to the club's communication and marketing manager, Mr Tshidino Ndou, they will soon make another announcement regarding the new acquisitions.

But what about the team’s head coach?

After procuring the Absa Premiership franchise from Bidvest Wits last month, Tshakhuma Tsha Madzivhandila (TTM) have now embarked on a mission to strengthen the team. To demonstrate that they are serious about winning some silverware in their debut season as an affiliate of the elite division, TTM acquired the services of two vastly experienced players last week.

Vhadau Vha Damani, as they are affectionately called, signed Oupa Manyisa and Joseph Molongoane on a two-year contract. Manyisa’s three-year contract with Mamelodi Sundowns expired at the end of June. His contract with the Pretoria side was not extended, reportedly because the team’s head coach, Mr Pitso Mosimane, had told the management that the player was not in his future plans anymore.

Molongoane parted ways with Kaizer Chiefs on 30 June, following the expiry of his contract. While the signing of new players looked to be a giant step in the right direction, many a soccer fanatic is questioning the move. They feel that the club should have appointed a head coach before going to the market to search for players.

According to them, the head coach might say that the new signees would not fit well into his playing pattern, thereby rendering them redundant. “We are happy about the fact that the management is eager to solidify the team, but the approach is not right,” said one concerned supporter of the club.

The supporter argued that the head coach was the one who made recommendations for the players to the management, saying what was happening at TTM was as good as putting the cart before the horse. Asked why they were signing new players before the appointment of the team’s head coach, the club’s communication manager, Mr Tshidino Ndou, appealed to the supporters not to press the panic button because the situation was under control.