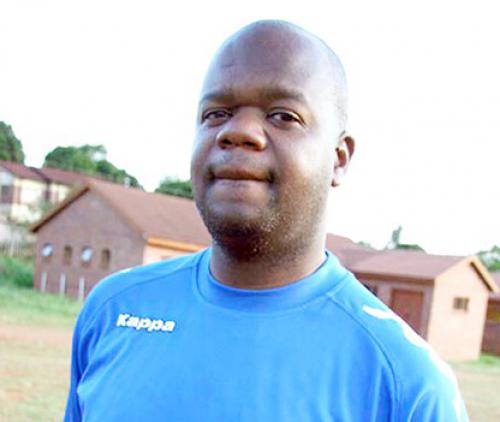 Black Leopards will be under the guidance of two caretaker coaches, Messrs Morgan Shivambu and Mongezi Bobe, for their six remaining Absa Premiership League matches.

This after the team’s head coach, Mr Allan Clark, resigned from the position last week to take a coaching job at one of the European clubs. Following Mr Clark’s resignation, the club’s communication and brand manager, Mr Tshifhiwa Thidiela, announced that Shivambu and Bobe would take charge of the team until the end of the season.

Thidiela’s announcement ended speculation that the club was on the brink of concluding a coaching deal with the former Chippa United FC mentors, Messrs Norman Mapeza and Daniel Malesela. Thidiela said that no need existed for them to appoint a new head coach now and they would only consider replacing Clark at the end of the season.

He said that the new coach would be appointed in a few weeks’ time and that he would only assume his duties at the beginning of next season. Asked how he viewed the team’s chances to escape the relegation axe at the end of the season without a head coach, Thidiela confidently stated that Clark’s departure would not affect the team’s performance.

Thidiela stressed the fact that Clark’s resignation “was not a train smash”, saying Bobe and Shivambu could save the team from relegation.

He further stated that business was continuing as usual in the camp, even though Clark had kissed the players goodbye at the team’s training camp last Tuesday. Thidiela also stated that everyone in the camp knew the six remaining matches were crucial and that any mistake was likely to cost the club their Absa Premiership franchise.

The PSL Board of Governors had last week resolved that the 2019/20 soccer season should resume, with the Nedbank Cup semi-final matches this weekend. Mamelodi Sundowns will take on Bidvest Wits while Bloemfontein Celtics and Baroka will lock horns in the semi-final matches tomorrow. The opening league match will be played next Tuesday evening.

The first match will be between Mamelodi Sundown and Orlando Pirates at the Dobsonville Stadium, while Kaizer Chiefs will take on Bidvest Wits at the Orlando Stadium the following day.

Black Leopards’ opening match will be against Maritzburg United at the FNB Stadium on Sunday, 16 August. The last matches will be played on Saturday, 5 September.