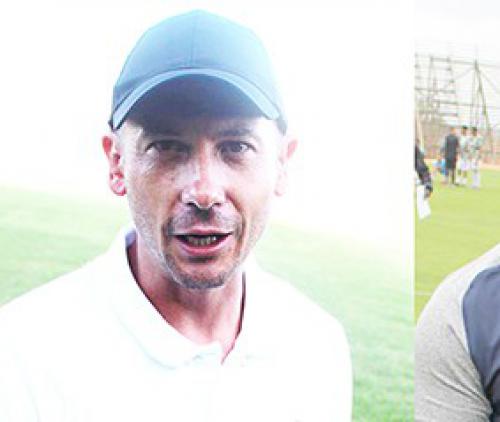 The relationship between Black Leopards and the team’s caretaker coach, Mr Allan Clark, is something of the past. Mr Clark bade farewell to the players during the team’s training session in Polokwane on Tuesday morning.

Speaking to the Limpopo Mirror shortly after resigning, Clark said his resignation was influenced by the fact that he had accepted a job offer from a Kosovan Super League club.

He refused to reveal the name of the club he was heading to. He said that the new employers could not wait for him to complete the season at Black Leopards, and they wanted him to start with preparations for the new season next Monday, 3 August. He further stated that he would have stayed until the end of the season, had it not been for the suspension of the league programme for four months because of the nationwide lockdown.

“I didn’t want to leave Leopards; my every intention was to finish the season with them. There are a few tasty fixtures we have in the last six games that I personally wanted to be involved in, especially against one of my previous employers, Amazulu FC, where I feel like I had something to prove because they didn’t really give me an opportunity to do what I am capable of,” he said.

He also stated that he was waiting for the league to decide about the current season as indications were that it might be cancelled. The 40-year-old mentor further stated that if the season were stopped, he would have left while knowing that Lidoda Duvha’s future as an affiliate of the elite league was guaranteed for next season at least.

The club’s brand and marketing manager, Mr Tshifhiwa Thidiela, confirmed Clark’s resignation. He revealed that he was not sure if they would manage to find someone to coach the team in their six remaining crucial matches. He stated, however, that Messrs Morgan Shivambu and Mongezi Bobe would oversee the team until further notice.

Shivambu was an assistant to Clark while Bobe was the head coach for the Leopards’ Multichoice Diski Challenge team until the league programme was suspended. Thidiela refused to confirm the speculation that they were after the services of the former Chippa United head coaches, Messrs Daniel Malesela and Norman Mapeza.

Clark was the fourth mentor to coach Black Leopards this season. Mr Lionel Soccoia started the season with the Thohoyandou side. He was sacked on 17 September. Mr Luc Eymael was appointed a week later. He resigned from the position on 27 December. He was followed by the former Amazulu mentor, Mr Gavin Johnson, whose contract was terminated on 12 February. Clark was an assistant to Johnson before taking over as the team’s caretaker coach.