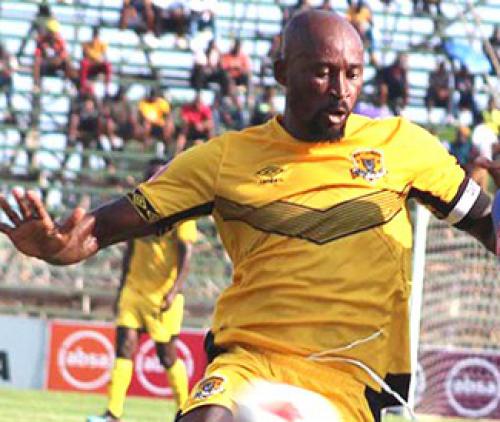 After parting ways with his former employers, Tshakhuma Tsha Madzivhandila FC (TTM), early this year, Jean Munganga is still battling to find a new club. The 29-year-old from the Democratic Republic of Congo parted ways with Vhadau Vha Damani unceremoniously, following a dispute over unpaid salaries.

Munganga was previously reported to have tried everything within his power to force the club to pay him his outstanding salaries before taking the matter to the Premier Soccer League’s Dispute Resolution Chamber (DRC).

According to him, he finally reached an agreement with the club before the matter was heard by the DRC.  He revealed that part of the agreement was that the club would pay him his outstanding salaries in three instalments and that the last payment was expected at the end of this month. He further stated that he was happy that the club was honouring its agreement.

Munganga reiterated that he was using the money sparingly as he did not know what the future held for him. Speaking from his rented flat in Polokwane, the former Black Leopards right back said he had received some calls from GladAfrica Championship and Absa Premiership clubs who wanted his services over the past months.

According to him, no club had offered him a contract to date. He stressed the fact, however, that he was optimistic that something would come up before the beginning of next season. He revealed that he had been training on his own ever since he had parted ways with TTM about seven months ago. He said that he was physically fit, adding that he had developed a daily training schedule for himself.

Munganga joined the Tshakhuma side on a two-year contract in August last year. His relationship with the club ended abruptly at the end of December. TTM signed him as a free agent after his contract with Black Leopards expired on 30 June last year. Asked if he was ready to rejoin Black Leopards if the Thohoyandou side offered him a contract, Munganga was quick to state that everything was possible in football.