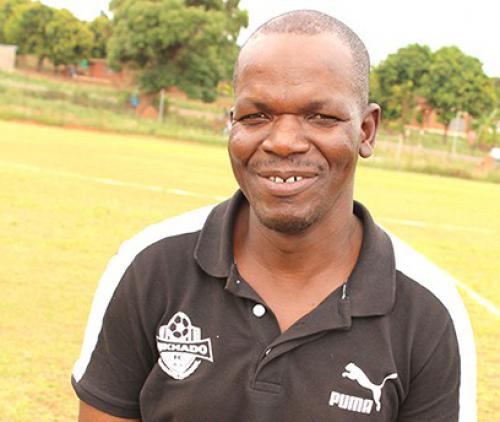 Mikhado FC may only be in existence for five years, but the club has much to be proud of. The team missed promotion by inches last season.

Mikhado were shining on top of the log when the current league programme came to a halt with the nationwide lockdown about four months ago. Many football fanatics have been asking themselves how Mikhado could have achieved so much within a short space of time.

The answer is not far-fetched - behind any successful team is a knowledgeable coach. Mr Abel Makhubele, the team’s head coach, is the man behind the team’s success. Makhubele might be soft spoken by nature, but his track record in football speaks volumes. After passing matric in 1994, Makhubele registered for a nursing diploma with the Northern Province College of Nursing.

He worked as a nurse at the Mbokota Clinic for 10 years before leaving the profession to pursue a career in football coaching. He qualified as a professional football coach in 2011 when he obtained the SAFA level III certificate. He went to Germany the following year, where he obtained the B License. He got the CAF A License in 2014.

The 46-year-old mentor is also equipped with an ETA coaching skills certificate and a FIFA Grassroots certificate.

His coaching career dates to 1995, when he was appointed the head coach of the Castle regional league side, Mbokota Mighty Movers FC. He guided several teams, including Maindis Ladies, Mbokota Together, JM Sport School of Excellence and the Limpopo U/17 provincial squad, to success between 2004 and 2011.

His first challenging assignment was when he accepted the job as assistant coach at Black Leopards in 2011. He was given the post of caretaker-coach at the same club the following year. His next stop was at another premiership side, Lamontville Golden Arrows, where he also worked as assistant coach for one season.

He came back to Thohoyandou after accepting the job as caretaker coach at Black Leopards. He migrated to the ABC Motsepe League side, Mikhado FC, at the beginning of last season.

Makhubele said that he would not forget the year 2006 when he guided the JM Sport School of Excellence to the final of the MTN U/16 Cup in Bloemfontein. Some of his achievements include receiving the best coach award during the Metropolitan Championship Tournament in Durban, way back in 2009.