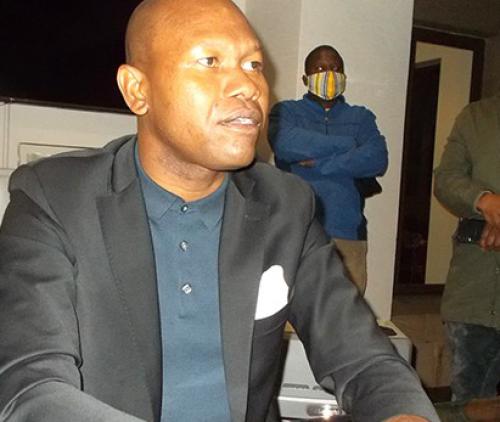 PSL finally approves the sale of Bidvest Wits to TTM

The president of Tshakhuma Tsha Madzivhandila (TTM), Mr Masala Mulaudzi, and the chairman of Bidvest Wits FC, Mr Alan Fainman, might have jointly confirmed the sale of Bidvest Wits FC’s Absa Premiership franchise to Tshakhuma Tsha Madzivhandila FC last month, but the transaction was not official before being ratified by the Premier Soccer League (PSL).

The PSL has finally given the transaction the green light. Mr Mulaudzi went public last month, saying he had bought the status of Wits for an undisclosed amount and that he was intending to relocate the team to Limpopo, where they would play their home matches at the Thohoyandou Stadium. In a letter dated 12 July 2020, the PSL’s legal counsel, Michael Murphy, confirms the ratification of the sale to TTM owner Mr Masala Mulaudzi.

Limpopo Mirror is in possession of a copy of the letter addressed to both Messrs Mulaudzi and Fainman. “Thank you for your assistance in this matter. I have received the confirmation required and you have the approval of the transfer of Bidvest Wits Football Club to the Black Gold Family Trust”, reads an extract from the letter.

Black Gold Family Trust is a company owned by Mr Mulaudzi. Mulaudzi was earlier quoted as saying they would not retain the team’s current head coach, Mr Gavin Hunt, and some of the high-earning players, including the team’s captain, Thulani Hlatshwayo, as well as Deon Hotto, Sifiso Hlanti, Gift Motupa, Ricardo Goss, Haashim Domingo and Thabang Monare.

Hlatshwayo and Hotto were reported to have already signed contracts with Orlando Pirates while Motupa, Goss and Domingo are said to be on their way to Mamelodi Sundowns.

In an interview with Mulaudzi, he confirmed that he was working on a bid to secure the team’s sponsorship before the start of next season. He stated that they would soon make an announcement regarding both the main and the technical sponsors.