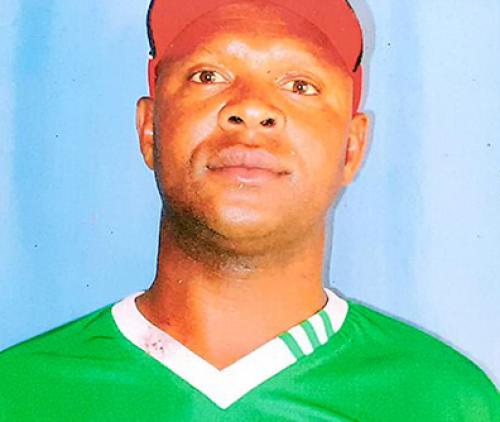 The well-known former Rabali Blackpool striker, Benedict "Killer" Mulaudzi, used to be one of the most respected strikers in the Vhembe region.

Mulaudzi is a teacher by profession. He started playing soccer at Tshikuwi Stone Breakers but was recruited by Rabali Blackpool management to join the team in the Solly’s League. There he played with the likes of Aces Ramabulana, Kaizer Rankhododo, Salter Netshitahame, Jomo Matamela and Screamer Ramantswana.

Mulaudzi was on the field when Blackpool played in the Bob Save Super Bowl KO and he said that his most memorable match was when he played against Kaizer Chief at the fully packed Thohoyandou Stadium. He was the captain of the local team. They played against legends such as Lucas Radebe, Doctor Khumalo and Wellington Manyathi at Kaizer Chiefs.

He joined Black Leopards when they were playing in the play-off for the second division and against teams such as Thembisa Classic, Santos, African Wanderers. He played with well-known players such as Siabonga Nomvethe, Sibusiso Zuma and BMX Mkhize during the play-offs.

He also played for Lutomboni Fire Boys, MTN United Brothers and Thohoyandou Blue Birds, coached by Chris “Makalanyana” Mahadana. “I played in the teachers’ tournament in Tanzania (SADTU) in 2016.”

His message to the youth is that a sportsman is a disciplined person. “Alcohol and drugs are not brothers and sisters to soccer. The chances of success are at your door. Soccer and education are brothers and sisters. Play soccer and continue with your studies; you will not have time for beer,” he added.

He encouraged youngsters to focus when they want to achieve their dreams. Mulaudzi said that discipline was the key, and education was of primary importance in their future. “Those who have talent, balance your football career with education. You do not play football until you die.” About his football career, he emphasised that the journey had been a long and fulfilling one.

He believes youngsters need to put in more hard work if they want to go far with a football career. “Youngsters out there must know that it is not going to be easy. You need to be patient if you want to go far and believe in what you are doing and associate yourself with the right people.”

He is still playing in the masters team called Matidza Masters.