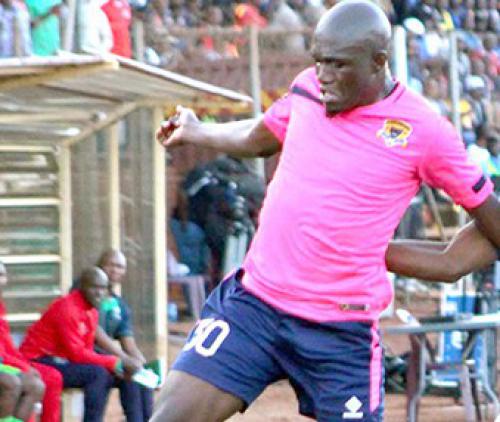 The relationship between Black Leopards and their midfielder, Joseph Mhlongo, is something of the past.  Mhlongo’s contract with Lidoda Duvha expired on Tuesday this week.

According to the player’s agent, Mr Ratshibvumo Mulovhedzi, of Rush Hour Sports Management, they had a meeting with the management of Leopards on Tuesday. Mulovhedzi revealed that the two parties could not agree on certain things and, as such, the player refused to sign the new contract.

He stated that Black Leopards had offered the player a new contract some weeks ago. He revealed that he had sat with the player over the past days and scrutinized the new contract. He stated that Mhlongo had told him that he would take the offer, on condition that certain clauses be amended.

Mulovhedzi further indicated that the management refused to affect the requested amendments to the new contract during their Tuesday meeting, prompting the player to decline the offer. Mulovhedzi reiterated that several PSL clubs had shown interest in the player.  He stated that Mhlongo had not signed a pre-season contract with any club, saying he wanted to give Black Leopards first preference. Mulovhedzi further stated that both the player and his company had enjoyed their relationship with Black Leopards over the past three years.

“Black Jesus”, as he is affectionately called, joined the Thohoyandou side on 1 July 2017 on a three-year contract. The club’s communications and marketing manager, Mr Tshifhiwa Thidiela, confirmed Mulovhedzi’s statement. According to Thidiela, their decision not to renew Mhlongo’s contract was informed by a few factors. He revealed that Mhlongo was not the only player whose contract with the club had expired on 30 June.

Thidiela stated that they had extended some of the players’ contracts until the end of the current league programme. “Those are the players we are going to utilize in the six remaining league matches for the current league programme,” he said. According to Thidiela, they took the decision not to extend Mhlongo’s contract after consulting with the team’s technical staff. He wished Mhlongo all the best in his future endeavours.