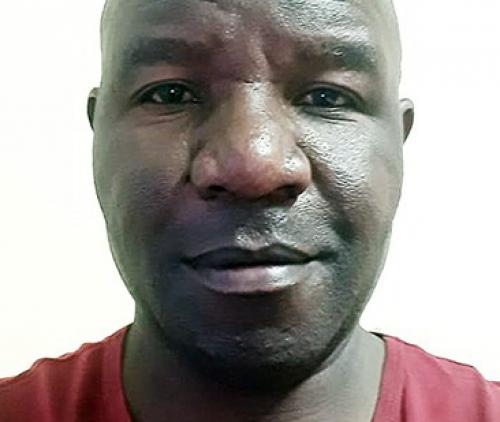 During his heydays, Nkhangweni Lukoto was a local cool, good, and disciplined defender in local football.

Nkhangweleni Lukoto, famously known as "Marara" on the field, started his football career at Ngovhela XI Experience (Up the Mongoose) in the early eighties, where he won number of trophies with the team between 1989 and 1991. He became the captain of the Makhado College of Education’s team and led the Far North College squad during the Inter College soccer competition, called SAICSA, in Gauteng. Majoring in sports also forced him to play softball, volleyball, tennikoit and netball at college.

Lukoto was recruited to join Pepsi The Angel during the suspension of the home team (XI Experience) from the league. Upon returning home in 1992 after the suspension, he was requested to assist Makwarela United Scientists in the Sparletta Knockout Competition.

The following year, he also became part of the Shayandima Bobs Stars team that won the same Sparletta Competition in Kimberley and continued with the team as Dynamos after purchasing the status from Gauteng. Because of his defensive skills, he was selected to be part of the Venda squad that played against Torpedo Moscow from Russia and continued to represent the squad during the Transnet Soccer Competition in Gauteng. He was also recruited and played a big role in the promotion of Black Leopards, led by Zakes Mathelemusa, from the third division to the National First Division.

In the last days of his competitive games, he played for Mpheni Home Defenders under the guidance of his former Black Leopards coach, the late Donald Ramabulana.

Lukoto, a disciplined defender who never had a taste of trials, was never rough in the field and remembered only one red card he received erroneously while playing against Madombidzha Try Again in the early eighties.

Currently employed by the Department of Economic Development, Environment and Tourism where he was entrusted with the role of communications within the entire Vhembe District, he left teaching profession in 2003. Lukoto is still active and plays at master's level and is currently training and playing at LTT Masters.

His dedication to football was not focused or based on what he could benefit. His concern is that current players do not last is because they focus on what will they benefit. "Not even a single day had my account received money from playing football, but I didn't give up. We used to buy ourselves soccer boots and the very same pair was used for practice and games, unlike nowadays," continued Lukoto.

He encouraged young players to work hard and said benefits would come later. He said this about the lockdown period: "Let us respect the call from our government and remain disciplined by complying with the rules and regulations of the Covid-19. We also need to support those in the front lines because they, in return, are helping us. Keep yourself busy, do something, either reading or exercising than sitting and always eating."