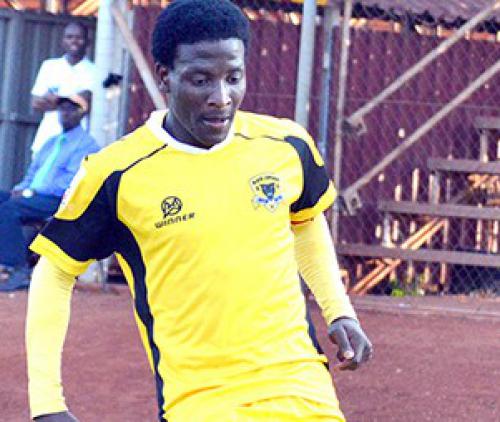 Ntshangase not certain about his future

A dark cloud hangs over the former Black Leopards’ player, Siphelele Leonard Ntshangase. In an interview with Limpopo Mirror, Ntshangase revealed that he did not have an idea what the future held for him at Kaizer Chiefs. The 26-year-old midfielder said his contract with the Soweto giants would expire at the end of next month.

According to him, no one at Chiefs has spoken with him about his future, something that has made him spend sleepless nights. He said that planning his future was difficult because his current employers had not shown him their intentions regarding his life after the expiry of his contract. What is probably adding to his worries is the fact that he is yet to feature in the Chiefs’ official game this season.

The Pongola-born star last played for Chiefs on 27 April last year when he came on as a substitute in the Amakhosi’s 0-1 defeat at the hands of Bloemfontein Celtic at the Peter Mokaba Stadium in Polokwane. Ntshangase further stated that negotiating new contracts with other clubs was difficult for him, because of his uncertainty about his future at Chiefs.

Asked whether he would consider going back to Black Leopards if the Thohoyandou side showed interest in his services, Ntshangase said Black Leopards had made him what he was. The former national U/23 player indicated that Thohoyandou was his second home and that he regarded the chairman of Black Leopards, Mr David Thidiela, as his father.

Ntshangase left Black Leopards for Baroka FC at the end of the 2016/17 soccer season. He stayed for six months at Baroka before migrating to Kaizer Chiefs in January 2018. After signing a two-and half-year contract with the club, Chiefs showed a lot of faith in him and gave him the coveted number 10 jersey. Unfortunately, Ntshangase did not live up to the expectations the club have had for him as he has not played for Chiefs in the last 30 official matches.