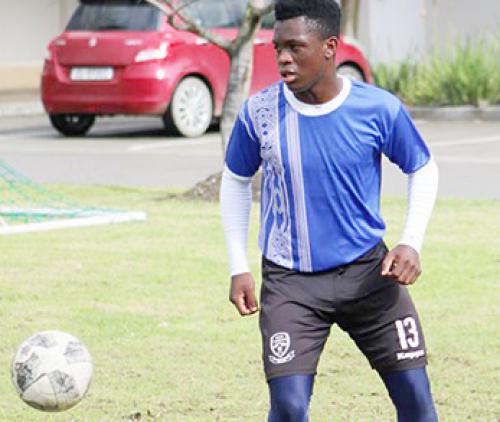 Lesley Manyathela was a resident of Musina and one of the best strikers this country has ever produced. About 17 years after Manyathela died in a car accident, Musina is likely to produce another prolific striker, Livhuwani “Zulu” Netshikulwe, in the foreseeable future. Born in Musina 17 years ago, Netshikulwe is a player whose talent is admired by many.

He is an all-rounder who can play as centre back, defensive midfielder and full striker. He started playing football at a tender age when he was still a primary school learner at the Niyamaya Christian School in Musina. Netshikulwe continues to be a shining star at Polokwane Northern Academy, where he is a Grade 12 learner.