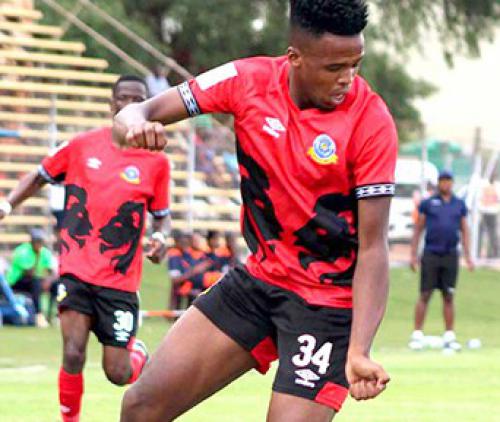 Tshakhuma Tsha Madzivhandila (TTM) are likely to lose one of their key players, Wonderboy Makhubu, to an Absa Premiership side.

A reliable source close to the player revealed that Maritzburg United and Cape Town City are targeting the young man when his contract with the Tshakhuma side expires at the end of next month.

According to the source, Maritzburg United have shown the most interest in the player since last year, while Cape Town City started to enquire about the player’s availability about two months ago.

The source further revealed that United started to monitor the player since last year’s promotional playoff matches. United took part in the playoffs after finishing their league programme in the second-last position on the log standings.

The KwaZulu Natal side managed to retain their Absa Premiership franchise after winning all their matches in the promotional playoffs.

The 23-year-old killer striker joined TTM from Magesi FC on 1 August 2018. “Tshakhuma Tsha Madzivhandila is an ambitious club that believes in making stars. We produced the likes of Lesedi Kapinga, Lifa Hlongwane, Themba Ndlovu, Mpambaniso Monde and Nhlanhla Mgaga, just to mention a few. There are PSL clubs that have shown interest in some of our key players, but we cannot give more details at this stage. All we can say is that the boy (Wonderboy Makhubu) is one of the players who are being monitored by big clubs” reads an extract from the statement issued by TTM’s communications and marketing manager, Mr Tshidino Ndou, after Limpopo Mirror contacted him for comments.

Lesedi Kapinga, Lifa Hlongwane and Themba Ndlovu are all playing for Black Leopards, while Mpambaniso Monde and Nhlanhla Mgaga are playing for Polokwane City and Baroka FC respectively. Kapinga’s contract with Leopards will expire at the end of next month. Mgaga joined Baroka four months ago, while Monde migrated to City two years ago.