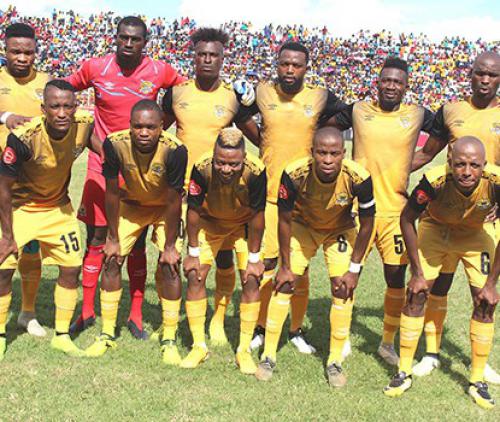 Following the decision taken in their monthly meeting that was held last Thursday, the Premier Soccer League (PSL) board of governors held a special meeting at the league’s offices yesterday (Thursday). According to the chairman of the league, Dr Irvin Khoza, the only agenda item of yesterday’s meeting was to deliberate on the next step for domestic football after the league activities were suspended back in March because of the outbreak of the coronavirus worldwide.

The outcome of the meeting was not known at the time of our going to press. According to a reliable source, the matter should have been deliberated fully in their monthly meeting last Thursday but had to be postponed after the team that was mandated by the chairman to look into the various possibilities on how the league programme could be completed had submitted its report during the meeting.

The source revealed that the report was exhaustive, and the board members felt that members needed to go through the report in their own time. They therefore set aside a date to deliberate on the matter. The fact that President Cyril Ramaphosa had announced two weeks ago that the country would be moving from level 5 to level 4 of the lockdown, with effect from last Friday, 1 May, meant that the board would be compelled to take radical decisions.

When announcing the changes, the state president stated that activities that remained prohibited under level 4 included the playing of soccer matches at all levels. The decision will undoubtedly affect the PSL’s league programme negatively since the league has already lost seven weeks to date.

Some of the decisions that the board is likely to take include playing the six remaining league matches at the earliest convenient time, even if that means three months from now. This decision will have far-reaching implications as it will affect the league’s future soccer seasons. The other route that the board could take is to nullify the current season.

This decision will benefit the teams that are currently lying in the relegation zone, Black Leopards, Amazulu FC, Baroka FC, Polokwane City and Chippa United, as no team will be relegated. Should the board opt for this scenario, they will be forced to find ways to promote two teams from the GladAfrica Championship division and maintain 18 teams in the Absa Premiership division.

Although that decision could prove too expensive for the PSL, it will benefit the whole football hierarchy in the country as it gives all lower divisions an opportunity to promote their qualifying teams to the higher leagues. Kaizer Chiefs were leading the pack with 48 points when the league activities came to a halt. Mamelodi Sundowns are four points behind, while Chiefs have a match in hand.