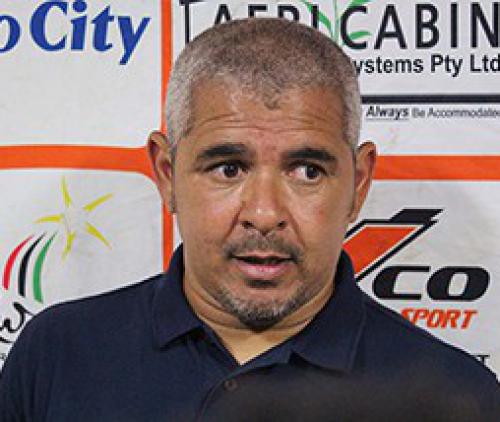 With six league matches remaining before the end of the current Premier Soccer League (PSL) season, the future of all three the Limpopo-based clubs, Black Leopards, Polokwane City and Baroka FC, as PSL affiliates is on the wire.

The trio have every reason to panic as they are lying in the relegation zone. Black Leopards, or Lidoda Duvha, are languishing at the bottom of the log with 20 points.

Unlike in the previous seasons, the three cubs did everything right at the beginning of this season. Black Leopards beefed up their squad by roping in several quality players, including Thuso Phala, Mogakolodi Ngele, Edwin Gyimah and the Guinea Bissau international goalkeeper, Jonas Mendes. To demonstrate that they did not want to leave anything to chance, Lidoda Duvha appointed the Frenchman, Mr Lionel Soccoia, as the team’s head coach.

Soccoia’s coaching philosophy did not work for Leopards, prompting the management to fire him, together with his assistant, Mr Patrick Mabedi, and the team manager, Mr Mlungisi Ngubane, within three months of after their appointment. Soccoia was replaced with another vastly experienced coach, Mr Luc Eymael.

Eymael seemed to be the solution to the team’s poor performance, but for unknown reasons he resigned from the position at the end of December. The club did not waste any time but instead, they appointed another well-travelled coach in Mr Cavin Johnson. The former Amazulu coach was the weakest link. The team failed to register a single win in five matches, prompting the management to show him the exit.

Mr Alan Clark, who was working as Mr Johnson’s assistant, was given full responsibility to ensure that Black Leopards retain their Absa Premiership franchise at the end of the season. Whether the Thohoyandou side will be campaigning in the Absa Premiership division next season is something that remains to be seen.

Polokwane City and Baroka also had their own ups and downs this season. Rise and Shine, as they are also known, started the season with the Serbian tactician, Mr Zlatko Krmpotic, as the team’s head coach. The team’s performance deteriorated with time and consequently Krmpotic was fired four months after his appointment. He was replaced with the current coach, Mr Clinton Larsen.

The Zambian national, Mr Wedson Nyirenda, was the head coach for Baroka FC when the season started. Baroka were crowned the Telkom Cup champions under Nyirenda’s guidance but the team started to drop league points afterwards. Nyirenda did not wait to be fired but resigned early this year. The former Black Leopards coach, Mr Dylan Kerr, took over. Baroka were languishing at the bottom of the log when Kerr took over as the team’s head coach. Baroka, or Bakgakga, won three matches under Mr Kerr.