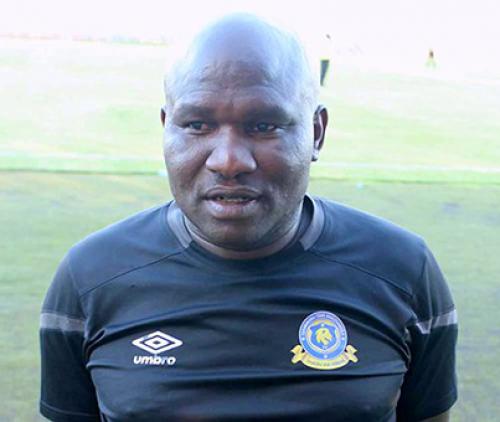 King Mchichwa and his soldiers ready to fight for promotion

While most of the GladAfrica Championship League teams are only waiting for the league to make an announcement regarding the date on which the programme will resume, the situation is totally different at the Tshakhuma Tsha Madzivhandila (TTM) camp. According to the team’s caretaker coach, Mr Lucky “King Mchichwa” Nelukau, Vhadau Vha Damani are leaving no stone unturned in their preparations for the resumption of the league activities.

Nelukau was the team’s assistant coach until the head coach, Mr Vladislav Heric, was placed on special leave last month. He revealed that it was business as usual in their camp. To demonstrate that they are hungry for promotion, TTM have been training twice a day since the beginning of the national lockdown.

He stated that each training session lasted for 90 minutes. Asked how he was managing to monitor the players from a distance, the former Black Leopards player said that TTM might be campaigning in the lower division, but they were more advanced when it came to technology. According to him they were using an App called Zoom.

“With this App I can monitor the players where they are while I am at home,” he said. He described his players as soldiers who were in a warzone, waiting to pull the trigger. Mr Nelukau said he wished the league activities could resume anytime soon, adding that the spirit was high in the camp. He reiterated that all the players were in a good state of health despite the outbreak of the Covid-19 pandemic worldwide.

According to him, the only player who will not be available for selection in their first two matches is the team’s right back, Tshepo Makgoga. Tower, as his fans call him, was given his marching orders in their last league game against JDR Stars at the Soshanguve Giant Stadium outside Pretoria early last month. JDR Stars beat TTM 1-0 through a goal that came shortly after Makgoga saw red.

Asked to share his view regarding the possibility that the league might declare the current season null and void, Nelukau said that the decision would be a huge disappointment to everyone within the TTM family, including the players. “That would mean that all the effort we had put in from the beginning of the season with the hope that the team will be promoted at the end of the season will be in vain,” he concluded.