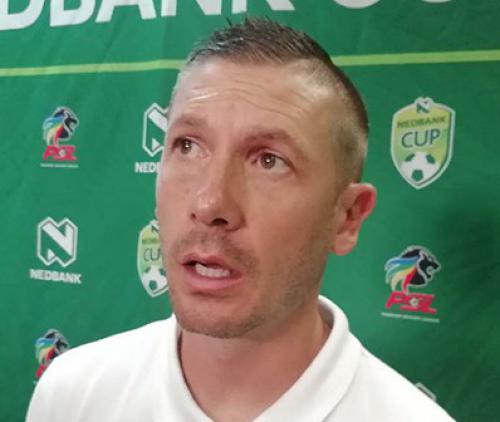 Leopards ready to finish season on a high note

Black Leopards are always ready to compete, even if the league gives the teams only three days to resume their league programme. This was revealed by the team’s head coach, Mr Alan Clark, in an interview with Limpopo Mirror.

Speaking from his home in Durban, Clark said his team had not stopped training since the president had announced the national lockdown last month.

Clark further indicated that the training programme has assisted the players to remain fit and ready for any eventuality. Asked about the players’ state of health, the former Amazulu assistant coach confirmed that their two first-choice goalkeepers, Jonas Mendes and King Ndlovu, would be available for selection when the league activities resumed.

According to the 40-year-old tactician, King Ndlovu has fully recovered from his fractured ankle. He further indicated that the keeper has joined his teammates in their daily training sessions. He also stated that their Guinea-Bissau international, Jonas Mendes, was on a physiotherapy programme.

Asked to comment about the team’s performance since his appointment as the team’s head coach, Clark said that he felt that they had underperformed as a team.

He reiterated the fact that Black Leopards did not belong where they were at present because they had a lot of talent in their camp. Lidoda Duvha are languishing at the bottom of the log with 20 points accumulated from 24 outings. Clark appealed to the team’s fans not to press the panic button, saying things would change for the better in their camp in the six remaining league matches.