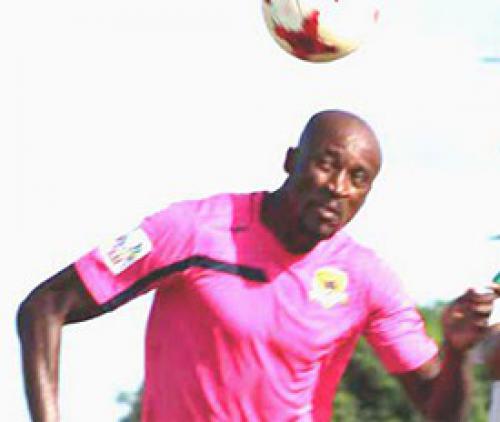 TTM and Jean Munganga at loggerheads over unpaid salary

Tshakhuma Tsha Madzivhandila Football Club (TTM) will have to appear before the Premier Soccer League’s Dispute Resolution Chamber (DRC) soon to provide reasons for their failure to pay one of their players, Jean Munganga. The 29-year-old national from the Democratic Republic of the Congo joined Vhadau Vha Damani in August last year on a two-year contract.

According to him, the club owes him three months’ salary. Munganga revealed that the last time he received any salary was at the end of October. He said that the club had paid him his August salary on time and then failed to meet their contractual obligation in September. He stated that they had paid him at the end of October without explaining why they had not done so in September.

Munganga further indicated that the club had defaulted again end of November and December. He revealed that he broke the silence after their last match of the year against University of Pretoria and told the team’s coach that he would not report at the team’s training camp in January if he did not get paid.

“How do I get to training when I don’t have money? I live in Polokwane and the team trains in Louis Trichardt,” he said. The former Black Leopards’ defender said that the situation was frustrating since he had a family in the Congo that relied on him for survival. He stated that the chief executive officer of the club, Mr Sello Chokoe, had called him and requested that the two parties sign a settlement agreement.

According to him, part of the agreement was that the club would start to pay him the outstanding monies at the end of January, but once again they failed to stick to the initial instalment as agreed.

He further revealed that the president of the club, Mr Masala Mulaudzi, had sent him an SMS in February, telling him that he had instructed the management to pay Munganga, but once again nothing happened. Realizing that the club was playing him for a fool, Munganga took the matter to the league’s DRC.

According to him, the matter was set down for hearing on 14 March, but the club requested a postponement to 24 March. However, the matter could not be heard on 24 March as the league activities had already been suspended by then as a result of the national lockdown.

“Since TTM is run without sponsorship, the club is vulnerable to cash-flow problems. TTM and Munganga agreed on a six-month settlement agreement in January, but due to some financial challenges, the agreement did not materialize,” reads an extract of the statement issued by the club’s communication and marketing manager, Mr Tshidino Ndou.

In the statement, the club apologises to the player for the inconvenience the club might have caused him. It dismisses Munganga’s allegations that some players are given special treatment when it comes to the payment of salaries as baseless and unfounded. “It’s a pity the player has taken the matter to the DRC while we are committed to resolve it with the urgency it deserves,” the statement reads further.