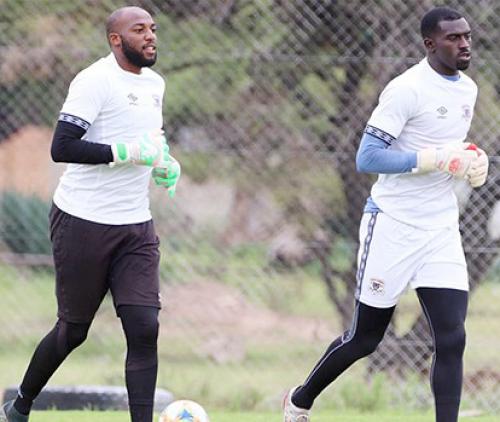 Lockdown a blessing in disguise for Leopards

The national lockdown might have done the football industry more harm than good, but Black Leopards FC have taken something positive from it.

Their two first-choice goalkeepers, Jonas Mendes and King Ndlovu, will have fully recovered from their injuries when the Premier Soccer League (PSL) activities resume after the lifting of the lockdown.

Mendes suffered an ankle fracture in their Nedbank Cup last-32 game against North West University at the Thohoyandou Stadium in February. According to the team’s general manager, Mr Elijah Mulaudzi, the 30-year-old Guinea-Bissau international was booked off for six weeks to recover. In an interview with Limpopo Mirror, Mendes revealed that he had started with physiotherapy last week and that his full recovery was imminent.

He reiterated that he was confident that he will have recovered fully when the lockdown is lifted. Mendes further stated that watching his team lose matches one after the other and not being able to help was a bitter pill to swallow to him. He was adamant that Lidoda Duvha will do well in their remaining six league matches and escape the relegation axe at the end of the season.

King Ndlovu sustained an injury at the team’s training session a few days after Mendes’s incident. Although Ndlovu’s injury at first did not look serious, he was also booked off for six weeks. His situation is different, however, as he has already fully recovered and is waiting to join his teammates at the training camp after the lifting of the lockdown.

The Thohoyandou outfit was languishing at the bottom of the log with 20 points accumulated from 24 matches when the league activities came to a halt as a result of the national lockdown. Three teams, Amazulu, Polokwane City and Baroka FC, are tied on 23 points. Kaizer Chiefs are shining on top of the league log.