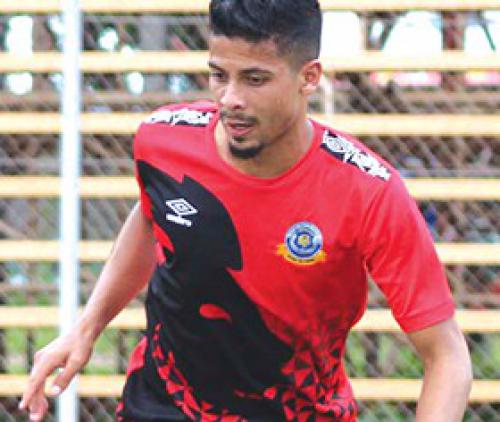 Tshakhuma Tsha Madzivhandila (TTM) must beat JDR Stars when they meet them in their GladAfrica Championship League match in Pretoria tomorrow afternoon to keep their title hopes alive.  TTM are on course for the league title, following their two successive victories.

They beat Cape Umoya United 2-0 at the Cape Town Stadium two weeks ago and came back home to defeat TS Galaxy 1-0 at the Thohoyandou Stadium last Saturday.

JDR Stars lost 0-3 to TTM in their first-round league match at the Thohoyandou Stadium about four months ago. JDR Stars are still in a celebratory mood after beating Steenberg United 1-0 at the same venue last Saturday.

The combination of the TTM’s goal poachers, Ndabathethwa Ndlondlo, Mboniseni Mbandlwa and Naeem Amojee, is expected to keep the Stars’ defenders running for cover for the better part of the game.

The log leaders, Ajax Cape Town, will host TS Galaxy at the Cape Town Stadium.  Jomo Cosmos will undertake a journey to Nelspruit. Their match against Mbombela United will be played at the Kanyamazane Stadium. The rookies, Steenberg United, will enjoy the home-ground advantage in their match against Free State Stars at the Athlone Stadium in Cape Town.

Richards Bay United will entertain TS Sporting at the Umhlatuze Sports Complex in Richards Bay. Royal Eagles will play against University of Pretoria at the Harry Gwala Stadium in Pietermaritzburg in the only match that will be played on Sunday.