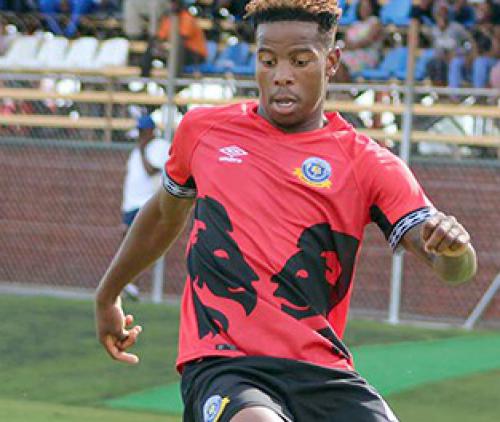 After donating league points to Baroka FC in their Absa Premiership League match at the Peter Mokaba Stadium last Saturday, Black Leopards are determined to exact sweet revenge when they meet the same side at the same venue tomorrow afternoon. This time around, they will be fighting for a place in the semi-final stage of the prestigious Nedbank Cup KO competition.

Asked about their level of readiness for the game, Black Leopards’ assistant coach, Mr Allan Clark, said things were going according to plan in the camp. He said everyone in the camp had put last weekend’s defeat at the back of their minds, saying their regarded that as water under the bridge. He further stated that the players knew tomorrow’s match was a cup match and that they would get no second chance if they allowed a repeat of last week’s match.

He reiterated the fact that they should not have lost against Baroka last Saturday, saying their worst result should have been a draw. Lidoda Duvha lost 0-2 to Baroka. Clark described the two goals Baroka scored as a gift from his players.

According to him, his team managed to contain Baroka for the better part of the game and conceded two “silly” goals that came as a result of his players’ careless mistakes.

Clark’s counterpart in the Baroka camp, Mr Dylan Kerr, said he did not understand why Leopards were fighting for survival while they had quality players such as Lesedi Kapinga, Lifa Hlongwane and Mwape Musonda.

Some of the Baroka players whom Leopards must try and contain include Nhlanhla Mgaga and the former Leopards slender striker, Ivan Mahangwahaya.

Highlands Park will play against Mamelodi Sundowns at the Makhulong Stadium in Thembisa. Park beat Kaizer Chiefs on their way to the quarter-final stage of the competition. TS sporting will host Bloemfontein Celtic at the Kanyamazane Stadium outside Nelspruit on Sunday. Real Kings and Bidvest Wits will meet at the Sugar Ray Xulu Stadium in Durban this evening (Friday) starting at 20:00.