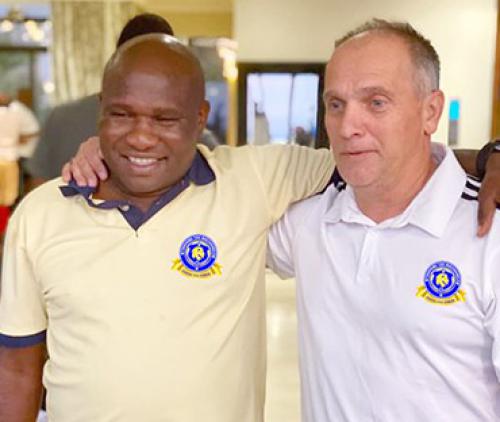 Heric left South Africa earlier in February after he had requested leave from the team to take care of his sick father, who was undergoing treatment in Serbia. However, just after his departure, social media and the soccer fraternity were inundated with rumours that Heric might have been sacked from the team. TTM's communications and marketing manager, Mr Tshidino Ndou, has since come out and denied the rumours.

Meanwhile, Ndou said that TTM were “gunning for promotion to the topflight, and coach Heric is the right man to help us achieve our goal. Heric’s contract runs until the end of the season with an option to renew”.

The management have applauded assistant coach Lucky Nelukau and his technical team for their outstanding job in the absence of the head coach.

TTM moved to position 4 on the GladAfrica Championship log after winning two games in a row while Heric was away.

TTM will host TS Galaxy at the Thohoyandou Stadium tomorrow (7 March) and the game kicks off at 15:30.