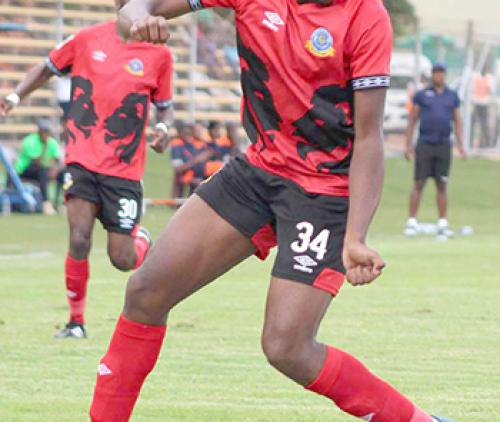 Tshakhuma Tsha Madzivhandila (TTM) accomplished their mission by collecting the maximum points at the expense of Cape Umoya United by beating them 2-0 in their GladAfrica Championship League match at the Cape Town Stadium last Friday afternoon.

Cape Town was windy and cold, but TTM managed to display entertaining football despite all the odds.

Mr Lucky “Mchichwa” Nelukau, TTM’s assistant coach, was full of praise for his team after the game. He said he had told the boys to forget about the weather that was not favourable to them and focus on the game. He further stated that he had been impressed by the fact that his defenders had managed to absorb the pressure from the home side in the first 15 minutes of the game.

At that stage, Umoya were all over the visitors from Tshakhuma, making it difficult for Vhadau vha Damani to play their normal carpet football. The hosts lost cohesion in the middle of the park towards the end of the first half. TTM capitalized and scored their first goal seven minutes before the end of the first half. Wonderboy Makhubu caught the keeper of Umoya napping with a close-range half volley to bring the half-time score to 1-0.

Realizing that they had nothing to fear, TTM went all out in the last stanza, forcing the hosts to play with their backs against the wall. Their endless efforts did not pass without reward. They increased the margin in the 68th minute when Philip “Baby” Ndlondlo beat the keeper with a ground cutter.

“Now that our chances for promotion looks good, we will ensure that we collect the full points in our eight remaining league matches” said Nelukau. TTM are currently lying in the fourth spot on the log standings with 35 points accumulated from 22 matches after the victory. Ajax Cape Town are leading the pack.