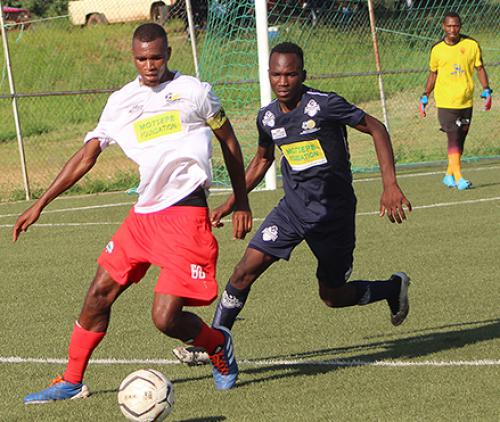 Mikhado FC meant business when they hammered Tshakhuma RO Nandilani (TRON) 7-2 in their ABC Motsepe league match at the Rabali Stadium on Saturday.

Mikhado dominated proceedings from the onset. They took the lead in the 12th minute, when Bornwise Malobo tried his luck from the penalty area. The keeper of TRON, Thuso Rampfumedzi, watched helplessly as the ball went beyond his reach.

Phathutshedzo Tshaboya was on target in the 18th minute after receiving a beautiful pass from Mbuso Biyela and sent in a rocket from the edge of the box to score his team’s second goal.

Tshaboya put his team further ahead when he forced his way through the defence of TRON and decided to do it alone to complete his brace and make the half-time score 3-0.

When Dakalo Nemakonde was brought down inside the penalty area, the referee did not hesitate to point to the white spot. Oziel Mabirimisa converted the penalty into a goal, making the score 7-1. TRON’s striker, Mukandangalwo Ramunana, scored the second goal of his team.