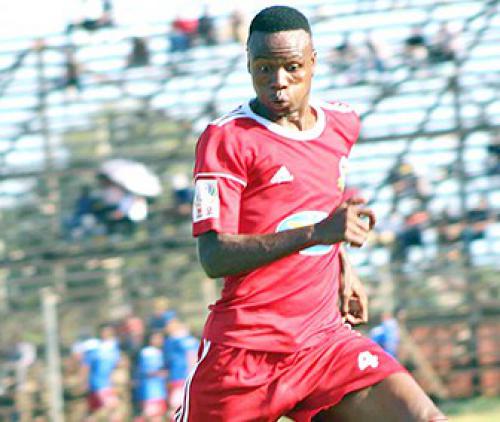 After suffering two successive defeats, Tshakhuma Tsha Madzivhandila (TTM) are leaving no stone unturned in their preparations for their GladAfrica Championship League match against Steenberg United at the Thohoyandou Stadium tomorrow afternoon.

TTM lost 0-1 to Richards Bay FC before suffering a 0-2 defeat at the hands of University of Pretoria two weeks ago.

The team’s assistant coach, Mr Lucky Nelukau, attributed the two defeats to poor target shooting by the strikers. He said that the team had created numerous scoring chances in the two games and had failed to convert even one of them. He revealed that they had been working on the strikers’ target shooting over the past two weeks to avoid more humiliation.

After watching his teammates doing the job from the grandstand for several weeks, Tshepo Makgoga, the TTM right back, is likely to be in the team’s starting 11 tomorrow.  Should he be given a chance, Makgoga is expected to combine well with the likes of Lebohang Mabotja, Carlington Nyadombo and Enort Dzaga at the far back.

Thembisani Nevhulamba and Wonderboy Makhubu, the TTM strikers, will cause havoc in United’s danger area if not well contained.

TS Sporting will host Free State Stars at the Kabokweni Stadium outside Nelspruit. Mbombela United will travel to Johannesburg where they will lock horns with Swallows FC.

Cape Umoya United will fly to Durban for their match against Uthongathi FC and the title chasers, JDR Stars, will entertain Royal Eagles at the Soshanguve Giant Stadium outside Pretoria.

The University of Pretoria will host TS Galaxy and Jomo Cosmos, and Richards Bay FC will fight for league points at the Umhlatuze Sports Complex in Richards Bay. Ajax Cape Town will play against Real Kings at the Cape Town Stadium.