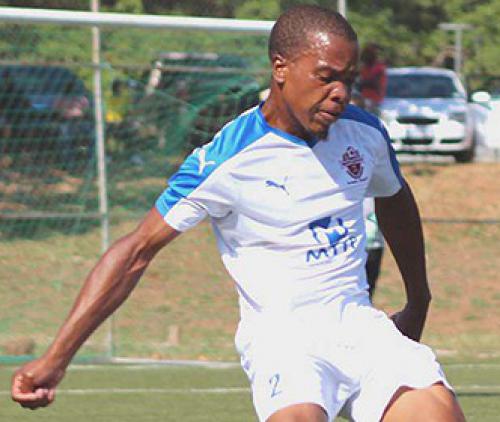 After collecting the maximum points at the expense of the pace setters, Magesi FC, whom they beat 1-0 in their ABC Motsepe League match at the Rabali Stadium last Saturday, Mikhado FC are geared to register another victory when they host Ditlou FC at the same venue tomorrow afternoon.

While Ditlou have nothing more than pride at stake in the match, Mikhado must win it at all cost.

Mikhado have a match in hand. Should they manage to win their outstanding match, Mikhado will be separated from Magesi by one point.

The likes of Bornwise Molobo, Thulani Mabizela, Rendani Thavhana and Aluwani Nedzamba are expected to keep the defence of Ditlou running for cover for the better part of the game. Ditlou’s strikers, Harry Malaka and Joseph Marumo, are some of the players Mikhado must keep an eagle’s eye on.

The much-awaited Vhembe derby between Ablex United and Tshakhuma RO Nandilani (TRON) will be staged at the Makhado Eltivillas grounds. Makotopong Brazilians will host Magesi FC at the Nchabiseko Stadium outside Polokwane. Ngwaabe City Motors will undertake a journey to Giyani. Their match against Ndengeza FC will be played at the Giyani Stadium.

Ollesdal FC will play in front of their home crowd. They will entertain Eleven Fast Tigers at the Turfloop Stadium outside Polokwane. Venda Football Academy will be visitors to Polokwane City Academy at the Seshego Stadium. Mighty FC are waiting for Giyani Happy Boys at the Old Peter Mokaba Stadium in Polokwane, while The Dolphins will lock horns with Berachah Valley at the Ben Serake Stadium outside Polokwane.