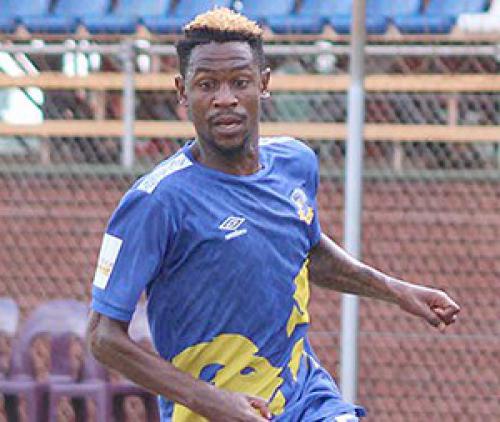 The head coach of Tshakhuma Tsha Madzivhandila (TTM), Mr Vladislav Heric, warned the team’s supporters not to celebrate now, saying it was too early to do so. This after his team brutally crushed Royal Eagles 5-0 in their GladAfrica Championship League match at the Thohoyandou Stadium on Saturday.

Although TTM enhanced their promotion chances with the convincing victory, Heric said that they still had many rivers to cross and some mountains to climb before gaining promotion to the Absa Premiership Division. He stressed the fact that his players had done everything according to his instructions, just like in their game against Real Kings, which was played at the same venue two weeks ago.

After joining the Tshakhuma side last month, the Serbian mentor believes that he has finally found a winning combination. He again stated that he was impressed by the fact that the players had not taken long to acclimatize to his coaching philosophy.

When cornered to comment shortly after the game, Heric’s counterpart in the Eagles’ camp, Mr Momcilo Medic, summed up everything by saying that they had lost to a good team.

TTM jumped from the eighth to the sixth position on the log standings, following the victory. They have deposited 26 points into their league account to date, six behind the pace setters, Ajax Cape Town.

Both Ajax and the second-placed Uthongathi FC lost their matches last weekend. Ajax lost 1-2 to Steenberg United, while Uthongathi suffered a 1-3 defeat at the hands of Free State Stars.

Royal Eagles are rooted at the bottom of the log after the embarrassing defeat. TS Sporting, Jomo Cosmos, Mbombela United and Cape Umoya United are the other relegation candidates.

TTM were leading 1-0 when the teams adjourned for half time and things turned against the visitors from Durban in the last half. Tholang Masegela (2), Naeem Amojee, Wonderboy Makhubu and Lucky Khumalo scored TTM’s goals.