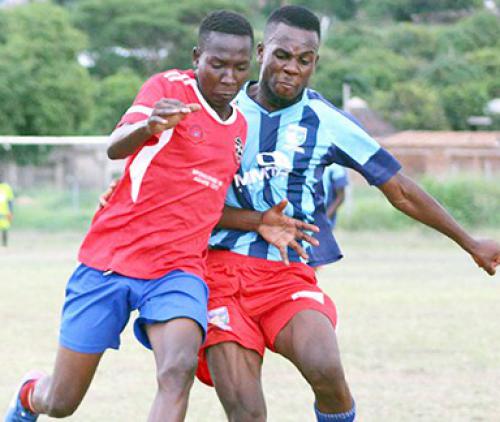 No peace for Pull Together

Tshivhazwaulu Peace Makers made no peace with Lwamondo Pull Together when they overpowered them 4-2 in their MMK Administrators League match at the Tshivhazwaulu grounds on Sunday.

The home side made their intentions clear from the onset. They scored their first two goals within the first 20 minutes of the game.

Their opening goal came in the fourth minute. Khodani Nevondwe was on target with a close-range ground cutter. The visitors from Lwamondo Murahuhathavha lost shape in the middle of the park soon after the Peace Makers’ goal. They were severely punished for that. Nevondwe completed his brace with a header, following a corner kick by Thivhulawi Ramese.

The referee, Mr Fhulufhelo Masindi, flashed the first yellow card in the 39th minute. Ndivhuwo Mushiane of Peace Makers was lucky to escape with a yellow card after tackling Aluwani Muvhali from behind. The score was 2-0 at half time.

Pull Together were awarded a penalty in the 48th minute after a defender of Peace Makers handled the ball within the box. Dakalo Matombo made no mistake from the white spot.

Jeffrey Tshigoba of Pull Together was reprimanded with a card, following a continued argument with the referee. Tshigoba scored his team’s second goal with a header after a scramble within the box.

Peace Makers were awarded a free kick in the 25-meter area after Fhatuwani Mathivha was brought down by Uhone Nkhumeleni. Ronewa Rabumbulu beat the keeper with a half volley from the free kick. Thivhulawi Ramese scored the Peace Makers’ fourth goal 14 minutes before the end of the match. Peace Makers squandered three clear chances in the dying minutes of the game.