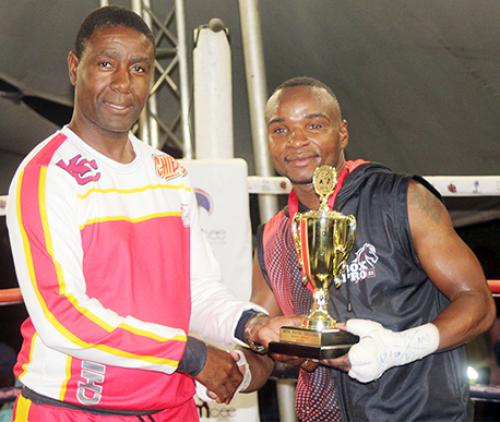 The third annual tournament was staged by Nzhelele Women Sports Promoters. Thovhele Vho-Gole Mphaphuli, who attend the tournament, said to the boxers that they should train hard to excel in the sport. He praised the promoter, Ms Mashudu Nekokwane, who came up with the idea of producing young boxers.

Ms Nekokwane, chairperson of the promoting body, said her aim was to develop rural young people, keep the youth off the streets and prevent them from abusing alcohol. “I saw huge talent around Vhembe and came up with the idea of developing boxers.”

Maemu said that although he was nervous at first, he enjoyed his career. “It also put my name in the spotlight, because I was unknown and a dwarf among the giants in the boxing fraternity. I was frustrated when many boxing promoters’ businesses collapsed around the province.”

In the main supporting bout for the vacant provincial lightweight title, Tshifhiwa “Timer” Munyai lost to Prince Ndlovu on points.