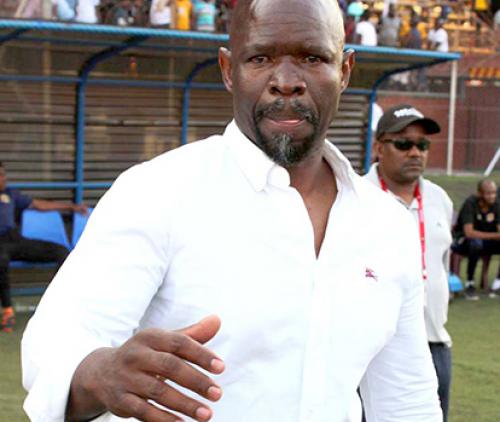 Leopards and Arrows on the warpath

Black Leopards flew back to Polokwane shortly after their Absa Premiership League game against Chippa United at the Nelson Mandela Bay Stadium in Port Elizabeth on Wednesday night to start with their preparations for their next league match against Lamontville Golden Arrows, which will be played at the Thohoyandou Stadium tomorrow evening starting at 18:00.

All eyes will be on the teams’ head coaches, Mr Stephen Komphela (Arrows) and Luc Eymael (Leopards). The relationship between Komphela and Eymael turned sour after Komphela attacked Eymael in public, saying the latter regarded himself as the most superior coach in the country. This after Mr Eymael was quoted as saying he was giving any PSL club interested in his services a week to come up with their offer or else he would consider other offers from overseas-based clubs.

At that stage, Mr Eymael was jobless after parting ways with Free State Stars. Mr Eymael later withdrew his utterances, saying he never meant to hurt anyone. He further stated that English was not his mother tongue and for that reason it was possible for him to use words through which other people might feel offended. Mr Eymael’s apology was not good enough to convince Mr Komphela as he continued to verbally attack the Belgian mentor in public afterwards.

Asked about the team’s level of readiness for the game, the general manager of Leopards, Mr Elijah Mulaudzi, said that all the players were ready to kick the ball. Arrows did not go back to Durban after their game against Baroka FC at the Old Peter Mokaba Stadium on Wednesday night. Instead, they stayed in the province in order to acclimatize and to minimize travelling costs.

During an interview with Mr Komphela, he indicated that the temperature in Durban was similar to that of Limpopo, and Thohoyandou in particular. He stressed the fact that the heat would not be an excuse for them if they failed to win the match tomorrow.