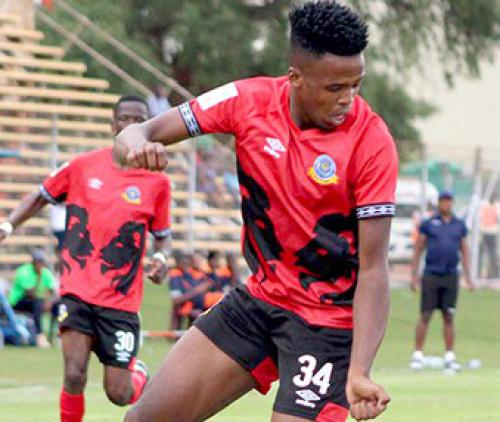 When Tshakhuma Tsha Madzivhandila (TTM) undertook a journey to Durban early last week, they set a target for themselves. According to the team’s caretaker coach, Mr Lucky “King Mchichwa” Nelukau, their aim was to collect at least four points in the two GladAfrica League matches they played in Durban in the space of four days.

TTM, or Vhadau Vha Damani, held the pace setters, Uthongathi FC, to a 1-1 draw at the Princess Magogo Stadium on Wednesday afternoon. Their second match was against Real Kings, with whom they locked horns at the Chatsworth Stadium three days thereafter (Saturday). TTM beat Real Kings 2-1. Philip Mbandlwa and Wonderboy Makhubu scored against Real Kings while Mbandlwa scored a late equalizer against Uthongathi.

When cornered to comment after their victory against Real Kings, Mr Nelukau described their results for the two matches as “mission accomplished”. He revealed that their aim was to maintain their current form and take stock when the first-round league activities come to an end next month.

TTM moved a step up on the log standings, following their impressive results in the two away matches. They are now lying in the third position on the log with 19 points, eight behind the log leaders, Uthongathi FC. The Tshakhuma side are only four points behind the second-placed JDR Stars.

Although they brutally walloped Richards Bay FC 4-0 at the Kanyamazane Stadium in Nelspruit last Saturday, Mbombela United are not on the safe side when it comes to relegation. They are perched in the 11th spot on the log with 12 points.

Royal Eagles, who finished their league programme in the second spot last season, are languishing at the bottom of the log with seven points. Royal Eagles won only one of the 12 matches they have played to date. The other relegation candidates are Jomo Cosmos, TS Sporting, Free State Stars and TS Galaxy.