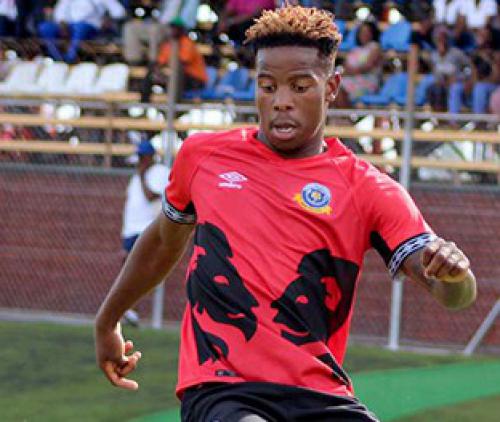 Can the Kings stop Vhadau?

Tshakhuma Tsha Madzivhandila (TTM) did not return home after their GladAfrica Championship League match against Uthongathi FC on Wednesday. Instead, they waited for their weekend fixture against Real Kings that will be played at the Sugar Ray Xulu Stadium in Durban tomorrow afternoon.

Wednesday’s match took place at the Princess Magogo Stadium in Durban. The results were not available at the time of our going to print.

Real Kings’ performance is impressive this season under the guidance of the former Black Leopards’ head coach, Mr Joel Masutha. The KZN side are currently lying in the seventh position on the log with 14 points accumulated from 10 outings.

According to Mr Nelukau, the team’s left back, Lebohang Mabotja, will be available for selection tomorrow. Mabotja missed the team’s last two matches because of injury. The other player who is a doubtful starter is Onyedikachi Ononogbu, who was also out of action for three weeks as a result of injury. Should Mabotja and Ononogbu not be available tomorrow, the likes of Nhlanhla Mgaga, Philip Mbandlwa and Phumelele Bhengu will be expected to do the job.

Cape Umoya United will host TS Galaxy at the Athlone Stadium in Cape Town. Free State Stars and Swallows FC will fight for league points at the Goble Park Stadium in Bethlehem. The other weekend fixtures are: Mbombela United FC vs Richards Bay, Uthongathi FC vs TS Sporting, University of Pretoria vs Ajax Cape Town and Steenberg United vs Royal Eagles.