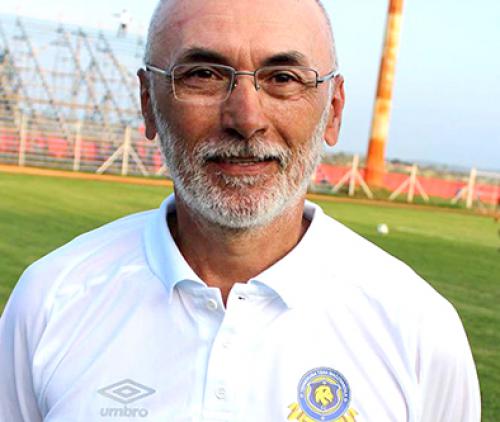 The former Tshakhuma Tsha Madzivhandila (TTM) head coach, Mr Momcilo Medic, has found a new job. He was appointed as the new head coach of the GladAfrica Championship side, Royal Eagles, last week.

The club’s CEO, Mr Morgan Mammilla, confirmed that Mr Medic has signed a two-year contract with the Pietermaritzburg side. Mr Medic joined the Tshakhuma side in January this year, following the dismissal of Mr Sello Chokoe and his assistants, Mr David Mathebula and Lucky Nelukau.

Chokoe and his assistants were dismissed after the team’s poor performance in league matches. Medic steered TTM, or Vhadau Vha Damani as they are also called, to a respectable position on the log at the end of last season. TTM finished their league programme in the third spot on the log, a position that secured them a place in the promotional playoffs.

Unfortunately, TTM could not make the grade in the promotional playoffs. They managed to win only one of their four promotional playoff matches and finished at the bottom of the log. Mr Medic’s relationship with TTM turned sour in August when he was summoned to appear before the club’s disciplinary committee to give answers to acts of misconduct.

The Serbian mentor was found guilty as charged and his contract with the club was consequently terminated with immediate effect. TTM were without a head coach for almost a month and half before they appointed Mr Erol Akbay towards the end of last month.

During an interview with Limpopo Mirror, Mr Medic revealed that he was holding no grudge against TTM, despite the fact that his relationship with the club had ended unceremoniously. He further stated that he regarded whatever happened between him and TTM as water under the bridge, saying his focus was to assist his new club, Royal Eagles, to escape the relegation axe at the end of the season.

Medic sat on the team’s technical bench for the first time when Royal Eagles played to a 2-2 draw with TS Galaxy at the Kameelrivier Stadium in Siyabuswa last Saturday. Royal Eagles are currently languishing at the bottom of the log.