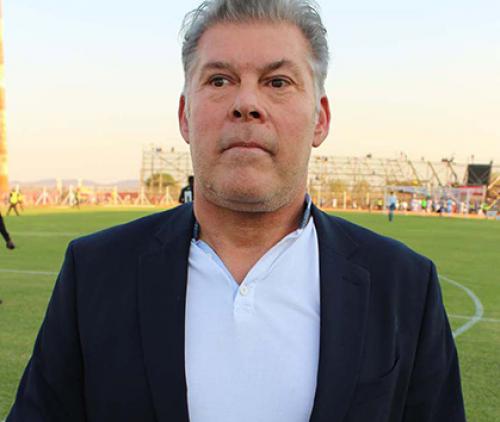 The Thohoyandou Stadium will be the best place to be on Sunday afternoon. That is where the much-awaited Absa Premiership League match between Black Leopards and Cape Town City will take place.

Two of the Leopards’ regular players, Andiswa Ndawonde and Khuliso Mudau, will watch the game from the grandstand. According to the club’s general manager, Mr Elijah Mulaudzi, Ndawonde is still nursing an injury, while Mudau is serving a suspension after seeing red in their Telkom KO competition game against Highlands Park at the Makhulong Stadium in Thembisa last month. Leopards’ forwards, Joseph Mhlongo, Karabo Tshepe and Lifa Hlongwane, are expected to keep the City’s defenders running for cover throughout the game.

Cape Town City will be without the team’s head coach on Sunday. This after they had parted ways with Mr Benny McCarthy on Monday. Should they manage to collect the maximum points on Sunday, Lidoda duvha are likely to move from the 12th to the eighth position on the log.

Leopards’ performance improved dramatically after the appointment of the Belgian national, Mr Luc Eymael, as the team’s head coach last month. During an interview with Eymael, the 60-year-old mentor said that the first thing he did after joining the Thohoyandou outfit was to change the players’ mentality. He said that the players now believed in themselves and that they had adapted to his coaching philosophy.

The Soweto derby between Kaizer Chiefs and Orlando Pirates will be played at the FNB Stadium tomorrow. Stellenbosch FC will fight for league points against Highlands Park at the Cape Town Stadium. The Polokwane derby between Polokwane City and Baroka FC will be staged at the Peter Mokaba Stadium. Chipppa United will undertake a journey to Durban where they will lock horns with Amazulu at the Princess Magogo Stadium. Lamontville Golden Arrows will host Mamelodi Sundowns at the Sugar Ray Xulu Stadium in Durban.