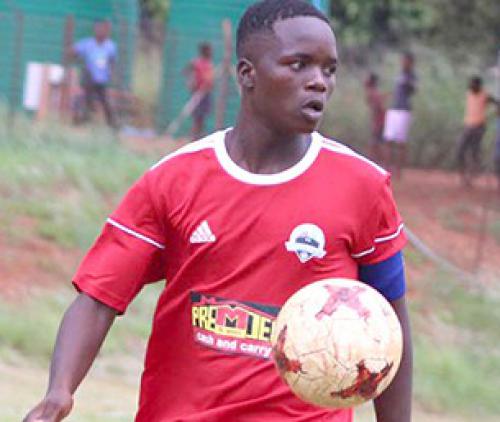 TRON and Mikhado in Vhembe derby

The affiliates of the Limpopo Stream of the ABC Motsepe League will play their fourth league matches this weekend. Seven matches will be played tomorrow afternoon, while the remaining one will be seen this afternoon (Friday).

The match of the week will be the Vhembe derby between Tshakhuma RO Nandilani (TRON) and Mikhado FC at the Tshisahulu grounds.

Mikhado and TRON started their league programme on a sad note. They are both still battling to find winning combinations after acquiring the services of vastly experienced players. TRON and Mikhado know each other very well after meeting in their Nedbank Cup preliminary-round match at the Giyani Stadium last Saturday.

Mikhado won 3-1 and secured a place in the next stage of the competition. The strikers of Mikhado, Rendani Thavhana and Khuthadzo Tshikulumela, will not find it easy against the TRON’s defenders, Rendani Mukomafhedzi and Khuliso Phosiwa.

Polokwane United will battle it out against Ollesdal FC at the Seshego Stadium in Polokwane.

The other Vhembe-based side, Venda Football Academy (VFA), will also play in front of their home crowd. They will entertain Mighty FC at the Tshifudi Stadium. VFA are still to lose a league match to date. They won their first two matches before playing to a 1-1 draw with Baraccah Valley FC at the Mafefe Sports Complex in the Sekhukhune area.

Eleven Fast Tigers will lock horns with Makotopong Brazilians at the Makgoka Stadium and Ngwabe City Motors will host Magezi FC. Ndengeza FC will visit The Dolphins FC at the Ben Serake Stadium outside Polokwane.

Baraccah Valley FC will have a date with Polokwane Soccer Academy at the Mafefe Stadium. Ditlou FC and Giyani Happy Boys will fight for league points at the Groblersdal Stadium in the only match that will be played this afternoon.