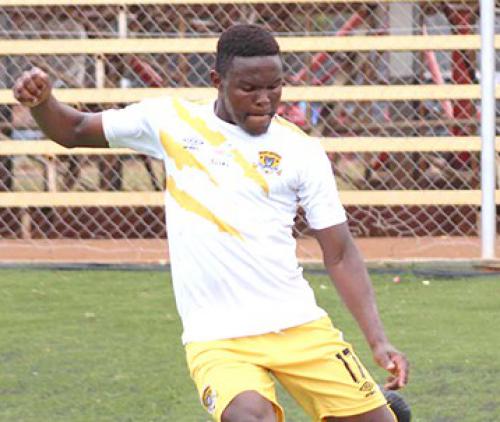 After playing two matches away from home, the Multichoice Diski Challenge Black Leopards will be back home this weekend. They will entertain Mamelodi Sundowns at the Thohoyandou Stadium tomorrow morning, starting at 10:00.

A quick glance at the Leopards' and Sundowns' track record shows that the Thohoyandou side will have to double their efforts if they are serious about collecting the maximum points. Sundowns are currently lying in the second position on the log with 19 points, two behind the pace setters, Bidvest Wits. Sundowns lost only one of the eight matches they have played to date. Sundowns are still fresh from a 5-0 victory over Baroka FC at the Lucas Moripe Stadium outside Pretoria last Sunday.

On the other hand, Black Leopards are still to win a league match this season. They are languishing at the bottom of the log with 3 points. Lidoda duvha shared the spoils with Kaizer Chiefs, with whom they played to a goalless draw at the Volkswagen Dobsonville Stadium in Johannesburg on Sunday. The Leopards’ strikers, Selby Rapatsa, Andrew Nenzhelele, Luvuyo Ndlovu and Tiklas Thutlwa, will have it tough against the Sundowns’ rock-solid defence.

Maritzburg United, who are also fighting for survival, will also play in front of their home crowd this weekend. They will host Kaizer Chiefs at the Harry Gwala Stadium in Pietermaritzburg. The pace setters, Bidvest Wits, will travel to Port Elizabeth where they will play against Chippa United at the Isaac Wolfson Stadium.

Bloemfontein Celtic will be visitors to Stellenbosch FC at the Ida’s Valley Stadium in Stellenbosch outside Cape Town. The match between Supersport United and Polokwane City will be staged at the Lucas Moripe Stadium outside Pretoria. Baroka FC will have a date with Orlando Pirates at the Old Peter Mokaba Stadium in Polokwane. The other fixtures are: Golden Arrows vs Highlands Park and Cape Town City vs Amazulu.