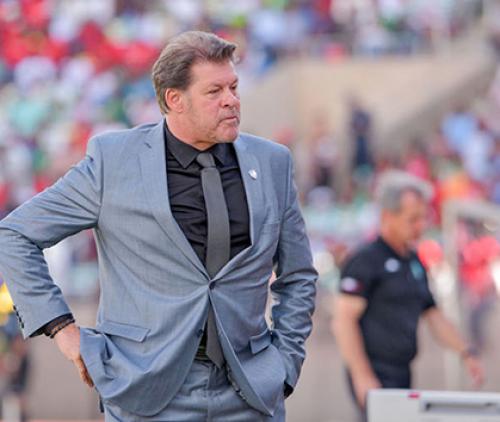 Who is Mr Luc Eymael?

After firing the team’s technical staff two weeks ago, Black Leopards appointed Mr Luc Eymael as the new head coach two days ago (Wednesday). A quick glance at Mr Eymael’s profile shows that Lidoda duvha have appointed the right person for the job.

Born in the city of Tongres, Belgium, 60 years ago, Mr Eymael played for several teams in his home country before hanging up his soccer boots in 2001.

His coaching career started in 2002 when he was appointed as the head coach for a Belgian Premier Division club, KFC Weywertz. He migrated from one Belgian club to the other, including FC Loraine Arlon, RFC Spy and RRC Hamoir between 2003 and 2010. In 2011, he moved to the Democratic Republic of Congo’s First Division club, As Vita, where he stayed for one soccer season.

He guided several African countries’ clubs, including Missile FC (Gabon), AFC Leopard (Kenya), Rayon Sport (Rwanda) and Al Merreik of Sudan to success between 2011 and 2016. Polokwane City was the first South African club to offer Mr Eymael a coaching job. His contract with Polokwane City started in July 2016 and came to an abrupt end in March 2017.

He sat on the Stars’ technical bench in 50 matches before leaving for the Egyptian Premier League club, Tala Ea El Gaish, in November last year. He helped the team to move out of the relegation zone and finish their league programme in the 12th spot on the log. His contract with Tala Ea El Gaish expired two months ago.