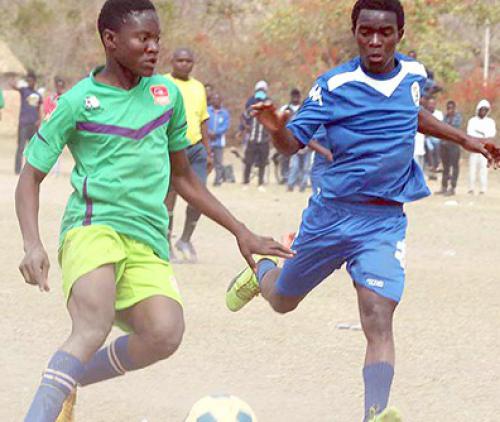 Chilies too hot for XI Bullets

Tswera Hot Chillies fought hard to secure a place in the last-16 stage of the King Abraham Pre-Season KO competition when they beat Vondwe XI Bullets 6-5 at the Sambandou grounds on Sunday.

Hot Chilies deserved to win. Their game plan was superb as they managed to keep their danger area clean in the first 15 minutes.

XI Bullets recuperated and started to play united like a team. They took the lead in the 19th minute when Muphulusi Gumula tried his luck with a half volley from the 25-meter area. Rolivhuwa Mbengeni, the Chilies’ keeper, watched helplessly as the ball went beyond his reach.

Chilies continued to maintain shape in the middle of the park. Their efforts paid off when Calvin Mbengeni, who scored a brace in the game, finished off a rebound in the 26th minute.

Chilies took the lead in the 29th minute when Calvin Mbengeni completed his brace. He intercepted a back-pass and unleashed a powerful half volley from inside the box. The score was 2-2 when the referee blew the half-time whistle. This after XI Bullets found the equalizer through Tshianeo Maphula in the 40th minute.

The score remained 2-2 until the end of the regulation time and the winner was determined through penalty shootout. Chilies converted four of their five chances through Calvin Mengeni, Rolivhuwa Mbengeni, Vhukhudo Rammbwa, Takali Muganelwa and Maipfi Magalela, while Bullets scored three from the white spot.

Ndivhuwo Nengovhela of Bullets (left) and Ndobvangomu Mudau of Chillies chase the ball.