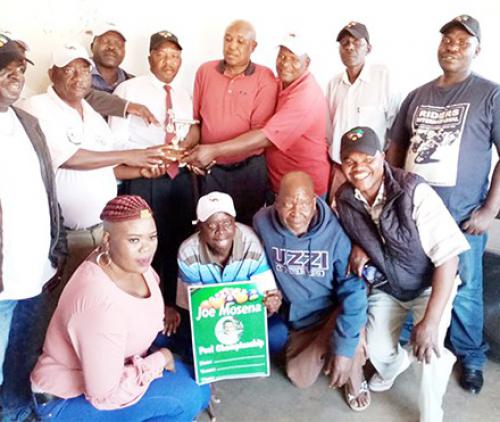 In our photo Mr Richard Mosena, the sponsor, presents the winners' trophy to Midway.

According to Mr Richardt Mosena, sponsor of the event, they will possibly increase the sponsorship next year.

He congratulated the organisers for developing young talent and stated that the tournament´s administration was running smoothly. “I am part of this community and we are doing this to support local people," he said.

Mosena said that the main purpose of the event was to motivate the players to work hard in their matches. He also described sport is an important vehicle to cause harmonious interaction between people.

Mr Makonde Tshidavhu, organiser of the event, said that sport without education was nothing. “You can be a star today and be written off the following day. Education will never forsake you and you can bank on it,” he added. He emphasised that sponsorships played a vital role in sports development and described pool as a community-building sport.