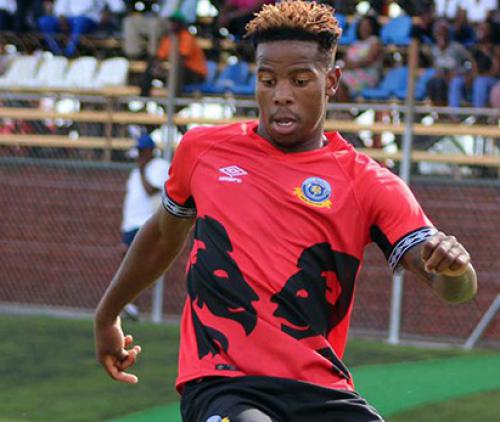 Tshakhuma Tsha Madzivhandila (TTM) might have collected an important league point away from home last weekend, but they dropped a step down on the log standings.

TTM shared the spoils with Ajax Cape Town, when they played to a 4-4 draw at the Cape Town Stadium. Nhlanhla Mgaga scored a hat trick for TTM while Onyedikachi Ononogbu scored the fourth.

Prince Nxumalo scored a brace for the Urban Warriors, while George Steyn and Lawrence Abrahams scored the other two goals.

Ajax remain in the third spot on the log with 34 points, while TTM are in the eighth position with 28 points after 20 outings.

When asked to comment about the team’s performance, the team’s caretaker-coach, Mr Phuti Mohafe, had mixed feelings. He indicated he was impressed with the fact that the team had managed to score four goals, which, according to him, was a clear indication that their goal-scoring problem had been solved. He said that the fact that they had conceded four goals was a worrying factor, meaning that a problem existed regarding their defence.

During last week’s NDF matches, the University of Pretoria FC were the hardest hit. They were brutally walloped 0-5 by Royal Eagles at the Chatsworth Stadium in Durban. Diego Brown (2), Dillan Solomons (2) and Philani Cele scored for the Eagles.

Witbank Spurs and Uthongathi FC played to a 1-1 draw, while Ubuntu Cape Town rose to the occasion and beat Jomo Cosmos 2-1 at the Athlone Stadium in Cape Town.