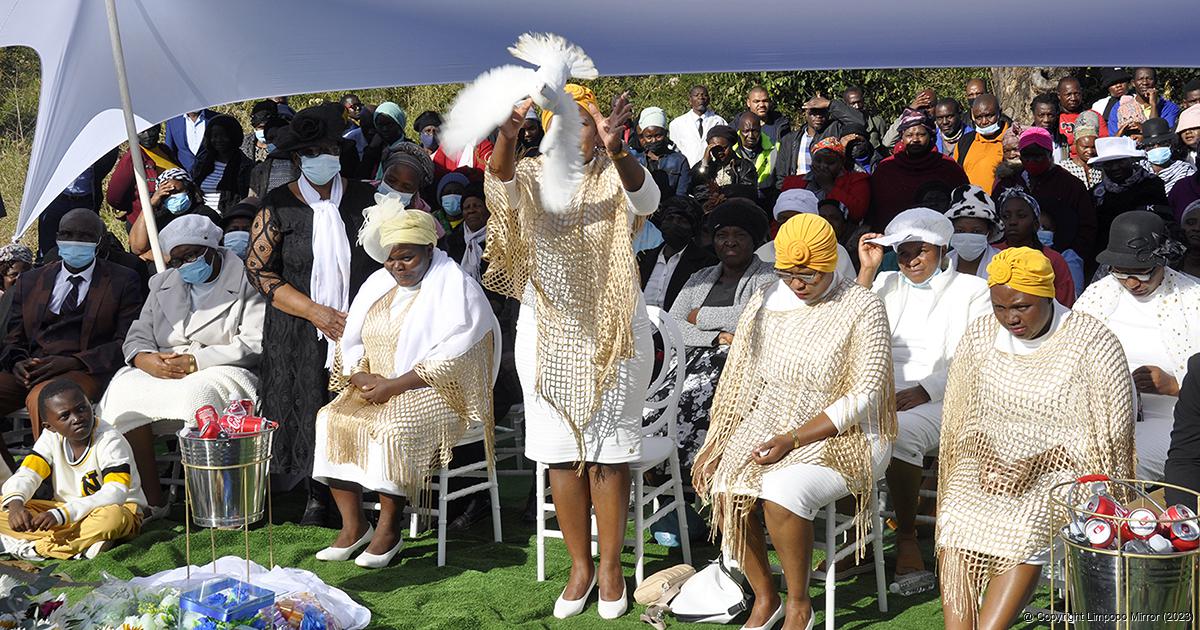 A family member lets a white dove loose during the funeral service of the late Ndivhuho Mathoni. Photo: Elmon Tshikhudo.

White is a symbol of purity, and this is how the late Ndivhuho Samuel Mathoni’s family regarded him at the time of his passing - pure.

Mathoni (35), a well-known mechanic from HaMugumo outside Thohoyandou, died at the Tshilidzini Hospital on 28 June after a long illness. He was born at Shayandima in 1987, into a very religious family. The family is regarded as one of the founding families to accept the Seventh Day Adventist faith in the Vhembe District.

Mathoni had been a diabetic since 2008. He fell very ill recently and was admitted to Tshilidzini Hospital on 19 June this year. A few days prior to his death, though, he appeared to have a premonition of his death. He confided to his sister, Ms Rendani Mulaudzi, that he had accepted Jesus Christ again and was just waiting to be discharged from hospital, so that he could go back to church. This, however, was not to be as he died a few days after this confession.

His very moving funeral service was held on Sunday, 3 July, with the theme set to strictly white. He had a white casket and everyone who attended wore white outfits, instead of the traditional black that signifies mourning. The white rather symbolised a celebration of his life. The family even let four white doves loose during the service, which was attended by well-known figures such as the former Limpopo SABC Combo general manager, Mr Freddy Sadiki, the SABC Combo’s marketing manager, Ms Rudzani Mashamba, Ms Sharon Ravele and Ms Lutendo Tshisikule from Phalaphala FM, Ms Tshimangadzo Nemahunguhwi Dorcus, President of the Trans-Orange Conference, community members, friends and relatives.

Everyone, including his sister Rendani, spoke fondly in remembering Mathoni. “He was a man of few words, who respected everyone, regardless of age. Tshipanere (Spanner) was christened by our father when he was still very young, and he lived up to the name. He was a hard worker who was dedicated to his work. We are happy as a family that he mended his ways and found the Lord before he passed on. It is not how you start but how you finish your last days. Let us all mend our ways before we leave this world. We will miss his smile and his voice, but one thing we are sure of, and that is that we will meet again in heaven,” said Rendani.

Mathoni is survived by his parents, siblings, his wife and two children.