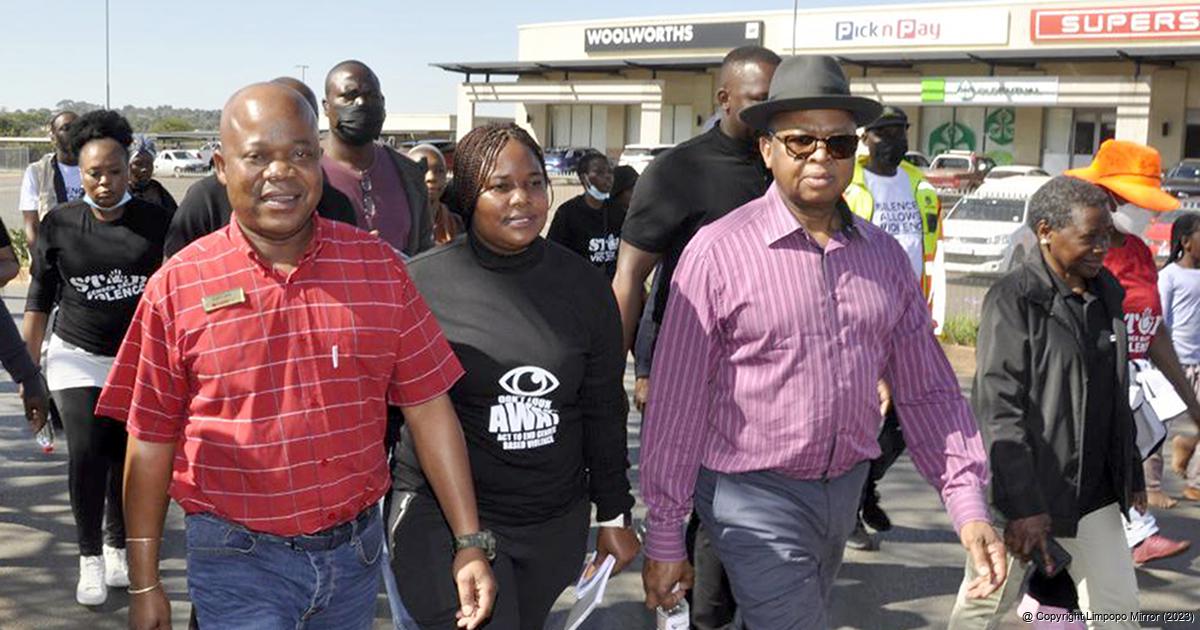 Victims encouraged to speak at launch of GBV campaign

The Vhembe District Municipality (VDM) launched the gender-based violence (GBV) campaign last Saturday (18 June). The project, which is the brainchild of DC Academy founder Ms Azwidalingani Matodzi, is aimed at assisting victims of abuse and will be rolled out over the whole of Limpopo and the Northwest.

The event, held at the Vhembe council chambers, was attended by the deputy minister of police, Mr Cassel Mathale, the mayors of Thulamela and Vhembe, police management, NGOs and community members. A march against GBV was undertaken from Vhembe to the Thavhani Mall, where Mathale addressed members of the community.

Mathale referred to the alarming increase in sexual offences in the country and pointed out that Thohoyandou has been identified as one of the hotspots. He called on the community not to stand by and watch as thuggery reigned supreme.

“Vhembe community, you cannot stand by and watch thugs turn your beautiful district into a thugs’ paradise. Protect your town, your women and your children. Stand up and speak out against this scourge.” Mathale thanked the DC Academy for this initiative, saying that it would go a long way in addressing and reducing the scourge of gender-based violence.

Rape survivor Ms Ruth Mutsila (52) stirred the emotions of those in attendance when she narrated her own personal ordeal. “I was raped by three gun-wielding thugs in 1995, and I kept that secret for 17 years. All these years, I did not have peace. It was only in 2013 that I found the courage to speak out about it. I made it to where I am today because of the support I got from my family, church pastors and other structures. I am at peace now. My advice to those affected by the scourge of GBV is to speak up about it before it is too late,” she said.

Ms Azwidalingani Matodzi said she was happy that the launch had gone so well. “This campaign will see chiefs, councillors, ward committees, voices in the community, and churches being trained to deal with GBV. All should understand how to deal with victims, and after that, we will have an awareness campaign. Please speak out about this as silence promotes violence,” she said.