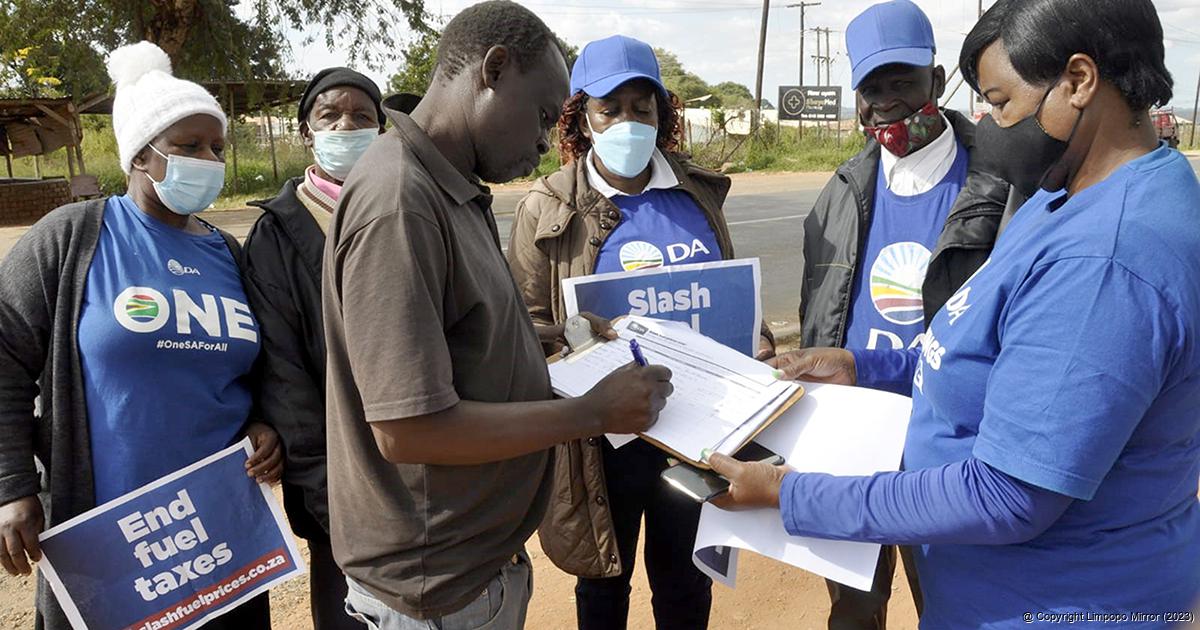 Shayandima residents join in the 'no fuel price hike' chorus

The recent fuel hike that saw a litre of petrol rise to an all-time high of more than R24, and another increase expected around July 2022, has evoked a general feeling of panic among South Africans. The continuing fuel increases up until now have already severely wounded the economy as food prices and transportation fees escalate with them, and more and more South Africans struggle to keep afloat.

In an effort to persuade the government to lower the fuel prices, the Democratic Alliance (DA) has embarked on a national petitioning campaign, called #Slash Fuel Prices. The campaign, which started on 1 June and ends on 30 June this year, aims to garner as many signatures as possible for the petition to be handed to the government. So far, more than 133 000 people nationally have signed the petition.

In support of this campaign, a group of DA members were joined by community members at the Shayandima shopping complex in Thulamela on Thursday, 16 June, to highlight their plight. The protesting group chanted and displayed their placards outside the busy complex and many concerned residents joined in signing the petition.

DA councillor Thelma Marole said they felt it necessary to come out and conscientise and get support from the local communities to challenge the government on these shocking price increases. “The alarming price of fuel affects us all, and it hits mostly us in rural areas, where unemployment is rife. These people cannot afford the increasing food prices and travelling by public transport is almost impossible as bus and taxi fares go up. We need to stand up as a nation and say no to this. We are suffering and we ask of everyone to be part of this, so we can show government that we are not happy,” she said.

Ms Mashudu Madzaga, a local resident who also signed the petition, feels that the government is not taking the masses into consideration at all with these price increases. “We are still fresh from the Covid pandemic, where many jobs were lost, and now they keep increasing fuel and food prices. We cannot even afford to buy a loaf of bread as the prices are now sky high. This must stop, otherwise we will revolt against this government,” she said.