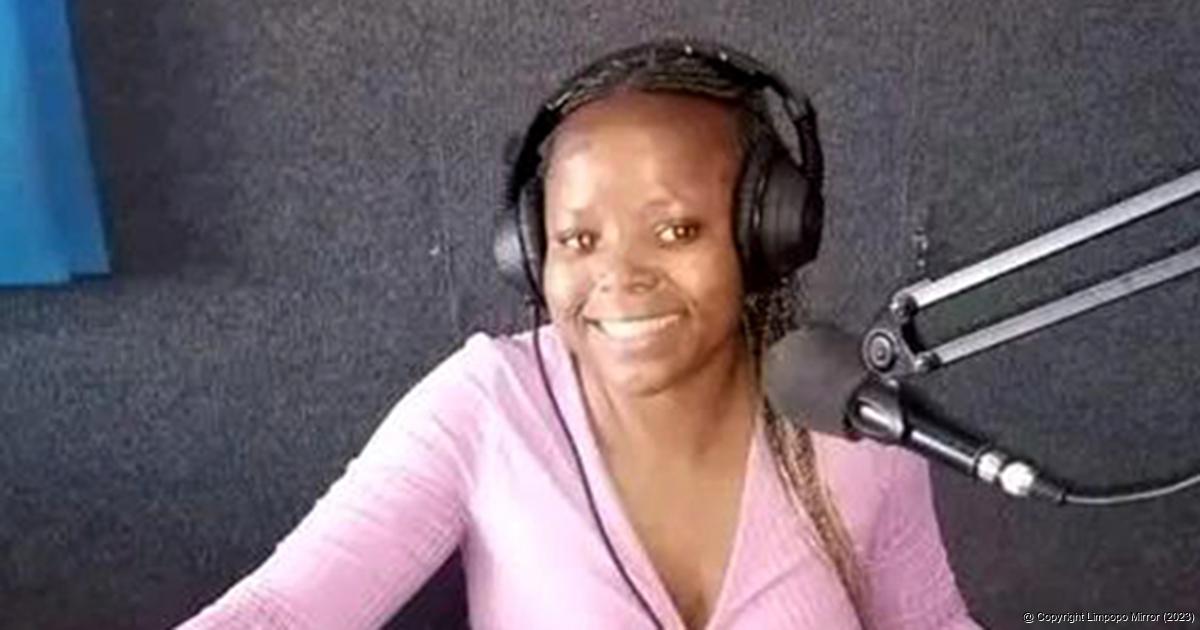 The Vhembe region was deeply shocked by the news of the death of Nzhelele FM presenter Zwivhuya Funyufunyu. The 25-year-old radio personality was admitted to hospital on Saturday, 30 April, and died the next day.

Zwivhuya became very popular among listeners when she joined Nzhelele FM, a community radio station based in the Siloam area, in December 2020. She co-presented the Afternoon Drive Show, which has become one of the most popular shows at the station.

Her elder sister, Ms Halatedzi Funyufunyu, said Zwivhuya must have had a premonition about her death as she started telling her (Halatedzi) how things should be run in the family, should she (Zwivhuya) not be there anymore.

“A few days before she passed on, she told me to look after our father and the rest of the family. Despite her being so young, Zwivhuya was everything to the family. Out of meagre resources she made sure that things worked and stayed functional. Our hearts are broken. She was a pillar that the family could rely on, and we cannot even imagine how life will be without her now. The support we are getting from her circle of friends and the community has made us realise that she was no ordinary person. We are greatly consoled by this,” she said.

Nzhelele FM’s station manager, Mr Khathutshelo Ramugondo, described Zwivhuya’s death as an enormous loss to the station and the community. “She was a trusted employee who did not deviate from her work ethics. She was a good listener and was ready to learn new things all the time. She will be sorely missed by the staff and listeners who followed her,” he said.

Mr Takalani Tharaga, a colleague who welcomed her, trained her, and co-presented the Afternoon Drive Show with her, was at a loss for words when he heard of her demise. “Everyone at the station is devastated and thinking about her. When she arrived at the station in December 2020, our station manager tasked me to train her, and we ended up co-presenting the Afternoon Drive Show together. We transformed the programme into one of the best shows. We even earned new names from the listeners; she was called ‘Nyamurovheni’, while I was named ‘Baphanya’ Takalani Tharaga. I thank God for the opportunity to work with her. She will remain one of the most wonderful persons to work with. May she rest in peace,” he said.

Saint Zwivhuya Funyufunyu was born at the village of Funyufunyu on 22 November 1997. She was the third-born daughter of Mr Ephraim Funyufunyu and the late Ms Sewela Funyufunyu. She started her primary education at Raliphaswa Primary School in 2004 and completed her Grade 12 at the Frank Ravele Secondary in 2010.

Driven by the hunger to be well equipped academically, she enrolled at IQ College, where she studied business administration. She joined Nzhelele FM as a trainee presenter and ended up co-presenting one of their most popular shows. While at Nzhelele FM, she felt the urge to study further and enrolled at the Vhembe TVET College’s Tshisimani branch.

Zwivhuya is survived by her father, Ephraim Funyufunyu, her elder sister Halatedzi, and her younger twin siblings, sister Orifha and brother Unarine. As a royal member, she was buried at the Funyufunyu sacred burial grounds on Friday evening, 6 May.