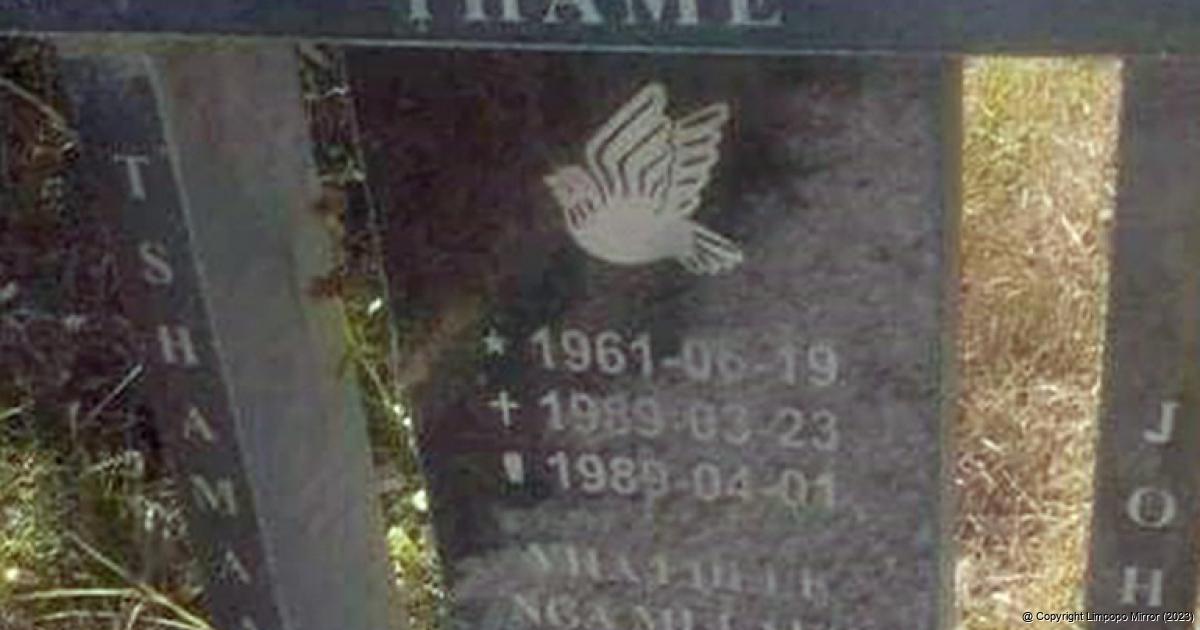 The tombstone that was erected by John Thame's family back in 1989 after his funeral.

The Thame family of Ha-Magau village in the Sinthumule area seem to be regretting their decision to accommodate a homeless stranger, whom they believed could possibly be their brother, John Tshamaano Thame, who was supposed to have died 33 years ago.

A relative of the family who works at a petrol station at Bandelierkop apparently called them early in March this year and told them that he had seen a man who looked just like John. The man was eating from the dustbins. The family rushed to the petrol station to look for themselves. The man did indeed look just like their brother, so they took him back with them to their home at Ha-Magau.

According to John’s sister, Ms Annah Maduwa, the family had never checked John’s corpse closely to verify his identity before he was buried in 1989, which now led them to wonder if they might have buried the wrong person. According to Maduwa, they planned on getting DNA tests done to determine this man’s true identity and get confirmation on whether he was their brother, or in fact just someone who happened to look like their deceased brother.

“Last week, the man woke up in the middle of the night and started kicking the doors, demanding to be taken back where he belongs,” one of John Thame’s sisters-in-law, Ms Peggy Thame, told the media. “He was very aggressive and that shocked everyone in the family. He was dumb when we accommodated him, but a few weeks later, to our surprise, he opened his mouth and asked for a cigarette!”

The man apparently insisted that they call SANCO (the South African National Civic Organisation) to come and take him away. The family agreed between themselves to seek assistance from the SAPS, but the police told them that they could not keep the man in their cells. They were advised to look for assistance from the Department of Social Development or any such institution. The man apparently ran away from home at one point and the family found him again on the street.

According to Peggy, the family took their charge to a private institution in Thohoyandou on 23 March, where DNA tests had finally been conducted, but they will have to wait 21 days for the test results. In the meantime, they are looking for a place for the man to stay, but that now proves to be a challenge as no-one seems to want to take him in because he cannot provide an ID document.

“He is giving us sleepless nights and we are requesting the Department of Social Development or any humanitarian institution to come and take him to a place of safety,” the family members pleaded.

A spokesperson for the Department of Social Development, Mr Witness Tiva, said that his department would send social workers to visit the Thame family to do an assessment of the situation.